Chamisa told: We are tired of your tweets, we want... 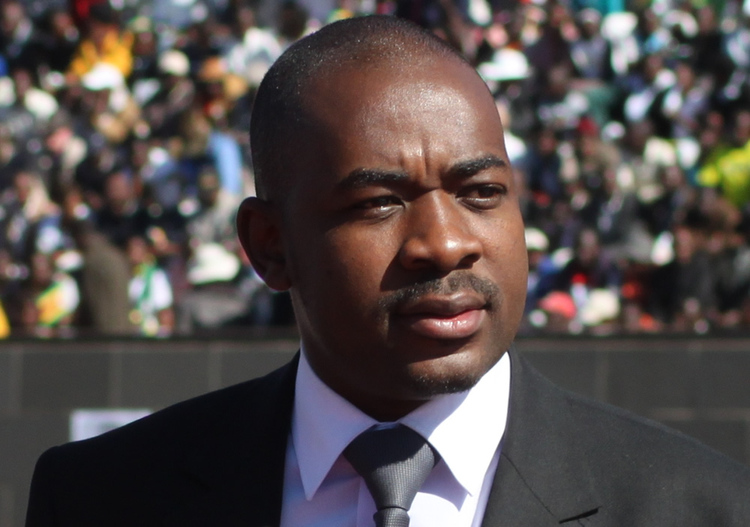 Movement for Democratic Change leader Nelson Chamisa was today told by his twitter followers to stop tweeting and take action.

One follower even wished Morgan Tsvangirai were alive as he would have opened dialogue with President Emmerson Mnangagwa to save the people.

Chamisa, who has 517 000 twitter followers, had sent out the following message: “Zimbabwe faces an extraordinary, unprecedented &multifaceted crisis. A political crisis upon an election dispute birthing a shortage of everything. Unprecedented challenges call for an unprecedented response & extraordinary disposition. We must confront our challenges with urgency.”

Bliss responded: “Takamirira just a word from you President takuvara no zesa no clean water no food tosvikepi nhai.”

The African Patriot waded in: “‏These are challenges and political crisis that you put in place for the love power. Just remove them simple.”

Chamisa responded: “I’m not the one who rigged elections. Zimbabweans voted and they cheated.”

Blessing Mubvuma added: “Mr Chamisa I am your follower and I have this question for you ….Why don’t you put politics aside and help this current gvt with ideas that can save us as a nation, the situation we are in is really bad zanu or mdc we are suffering.”

Chamisa replied: “‏We must address the first things first. Lets get the fundamentals right .Reforms and resolution of the legitimacy question.”

Facts Are Stubborn said: “‏Chamisa.. it’s high time you show people a direction. Twitter statements wont remove these EDIOTS, who in their view, think everything is NORMAL. Itai kana Marally zvavo comrade mutaure nevanhu. Pple are waiting for direction. The youth are ready to fight for their destiny more than b4.”

Chamisa, responded: “‏Please understand that as a leader I must be responsible and fully accountable. We shall act to the best interest of Zimbabwe. Don’t expect us to act via twitter. Twitter platform has its own purposes and limits.”

Steve was not amused: “Pakuda action apa mukuru. Zvekungotaura paTwitter izvi hazvichinje chinhu ba. Maybe you are seeing what we don’t see but I think we should now get out of our comfort zones and save our country. We have been waiting for the signal since August.”

Wailler added: “‏Mr Chamisa sir. From the comments are you seeing that is a change of tone compared to all your past tweets. And everyone is asking you to take action coz now you seem to complain too much yet doing nothing about it. Be a leader whats your resolution as a leader then we will follo.”