Can Matemadanda clean up ZANU-PF? 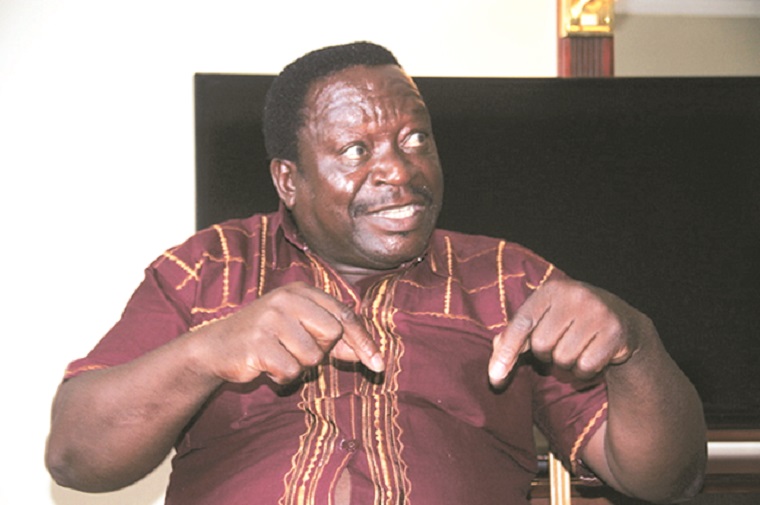 War veterans’ leader Victor Matemadanda who was appointed Zimbabwe African National Union-Patriotic Front national political commissar this week has a formidable task ahead of him. He has to clean up the party, get rid of corruption, or President Emmerson Mnangagwa will be a thing of the past.

After 20 months in power, Mnangagwa seems to have failed to live up to his promise to rid the country of its worst enemy, corruption.

Corruption almost disappeared, or maybe just went into hibernation, during the first few months of Mnangagwa’s reign but it resurfaced when people realised that the “owl had no horns”.

The shortage of fuel, cash, power and Mnangagwa’s failure, or slow progress, in turning around the country’s economy are all largely to do with his failure to end corruption leading to wide speculation that he too may be involved.

But his demotion of Energy Minister Joram Gumbo last month and the appointment of Matemadanda as the political commissar, or as they say in ZANU-PF, the mother of the party, could be a sign that Mnangagwa is now getting his bearings right.

Fortune Chasi, who replaced Gumbo, and Matemadanda seem to have come guns blazing.

Chasi has threatened fuel dealers who get out of line that he will not renew their licences. Fuel supplies seem to be slowly returning to normal.

Matemadanda says all corrupt leaders have to clear their names and not wait for Mnangagwa to fire them.

He told the Herald: “Those implicated in corrupt activities be it a politburo member or minister should clear their names before the courts before taking public office.

“For those in influential positions, they should resign and clear their names, they should not wait for President Mnangagwa to nail them in public.

“They should not wait for the President to force them to resign, they should do the honourable thing. Let them clear their names to retain confidence to the people.”

Matemadanda is right. Mnangagwa and his team have to clear their names to retain the people’s confidence.

Some of the things holding back Mnangagwa’s economic recovery programme are largely because people have no confidence in his government.

If things continue this way, then Mnangagwa might as well kiss good bye to 2023.

While the opposition has vowed to remove Mnangagwa before 2023, with one senior leader saying he should go before the end of this year, Mnangagwa’s biggest enemy is not the Movement for Democratic Change or its leader Nelson Chamisa. It is his own lieutenants within ZANU-PF.

The saboteurs, the cartels, the foreign currency dealers who are all reported to be derailing his economic recovery programme, creating fuel shortages and fuelling the black market are all senior members of his party.

Names have been compiled but no action has been taken against them.

The party has failed to hold provincial elections in Bulawayo because of divisions within the party. Sources say senior politburo members sent to supervise the elections are actually sabotaging Mnangagwa.

The question now is: Can Matemadanda bring sanity back to the party? He with his colleagues, Christopher Mutsvangwa and Douglas Mahiya brought sanity to the War Veterans Association making it a formidable force which was largely responsible for stopping former First Lady Grace Mugabe from taking over the party.

Can they clean up the party so that it gains the respect of the people?