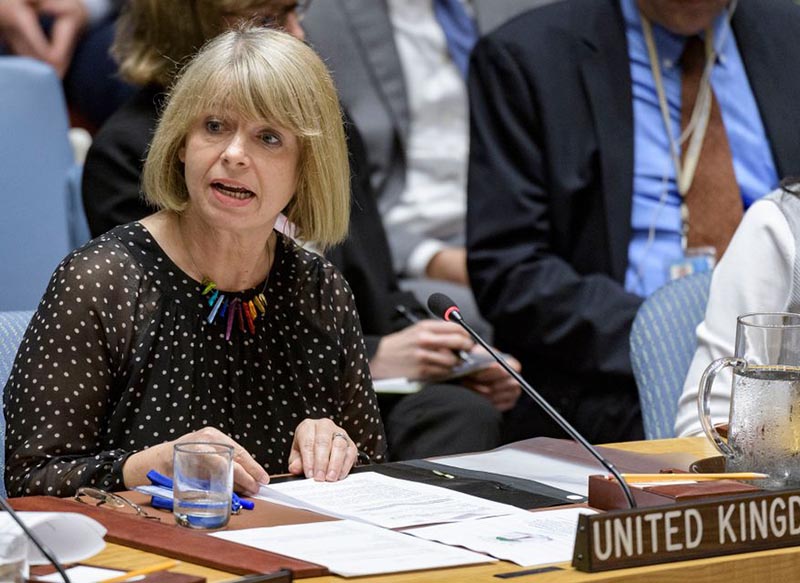 Britain yesterday said Zimbabwe must release the Motlanthe Commission of Inquiry into the 1 August violence report in a transparent and timely manner.

Responding to a question in the House of Commons on the state of the political and security situation in Zimbabwe, Minister of State (Department of International Development) Harriett Baldwin said Britain agreed with the international elections mission’s reports which said there were significant shortcomings in the electoral system which must be addressed to build much-needed confidence in Zimbabwe’s democratic process.

Baldwin, who was in Zimbabwe in February, said: “We welcomed the establishment of the independent Commission of Inquiry to investigate the violence against civilians in the post-election period. The Commission must report its findings in a transparent and timely manner.

President Emmerson Mnangagwa appointed a seven-member commission headed by former South African President Kgalema Motlanthe to look into the violence which erupted two days after the elections which had been held peacefully.

The commission has completed its hearings, which were broadcast live, but there has been wide speculation following reports that it submitted its executive summary to Mnangagwa last week.

The debate became heated when Presidential spokesman George Charamba said Mnangagwa was not obliged to release the report.

Mnangagwa promised to release the commission’s findings when he set it up.

Motlanthe also said the report and all the evidence submitted to the commission will be published on its website which is being set up.

Several local groups including the main opposition movement for Democratic Change has also urged Mnangagwa to release the commission’s report.

The commission said Charamba was not its spokesman. Only its secretary Virginia Mabhiza who is also the Permanent Secretary for Justice, and spokesman John Masuku, spoke on behalf of the commission.

The commission has until 19 December to conclude its work.