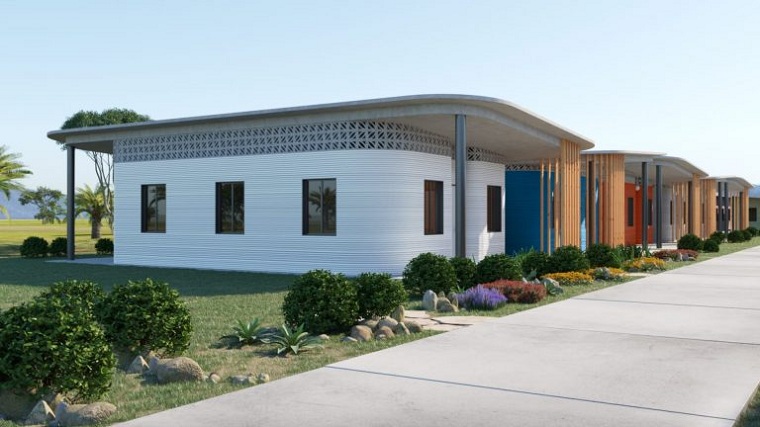 Precious Nyika, the CEO of Lafarge Zimbabwe, has an interesting marketing battle ahead of her; convincing the local market that a house built in 12 hours is still a house.

Lafarge Zimbabwe plans to deliver the country’s first 3D-printer this year, introducing technology that is meant to build houses cheaper and faster.

“We anticipate that we will have a 3D printer in the country in the third quarter,” Nyika said, after her company commissioned a new dry mortar mix plant.

“We look forward to the usual government support in its importation and subsequent approval for use as a technology in construction in the country.”

According to Nyika: “Today, if you want to buy 3D mortar in Africa, you have to buy it from Spain. This will be the first plant that can produce that product in Africa, and it will make us the centre of 3D printing in the region.”

Lafarge will now test the local market’s appetite for 3G-printed housing. The tech is supplied by 14Trees, a low-cost housing venture jointly owned by LafargeHolcim and the CDC Group, the UK’s development finance arm.

With 3D construction, a structure is moulded from the special mortar and built from the ground up.

“The material is pushed through a nozzle which regulates flow and is guided by computer-controlled positioning process. The material used in the process is cement-based with sand and specially designed admixtures as additives,” Lafarge says.

Construction time is cut by up to 70%, while walls are 50mm thick compared to the standard 140mm. Lafarge estimates that 3D will cut building costs by up to 50%.

“Literally speaking, what this means is that a standard house, with this technology, can be constructed in 12 hours. Imagine the difference that this technology can make in covering the infrastructure backlog,” she said.

These numbers will obviously excite government, which has set itself an improbable target to build 220 000 low-cost houses by 2023.

“Using traditional means, brick and mortar, it was going to be a difficult mountain to climb,” says National Housing Minister Daniel Garwe, expressing hope that 3D-printed houses can help speed up delivery.

Convincing the local market will be tough.

Nyika recently admitted that the biggest task would not be the technology or cost; it will be convincing the local market – from customers, contractors and regulators – to accept this new way of building.

Lafarge hopes to push for acceptance by building model units. Ten demo units will be built in Knockmalloch, a low-cost housing project coming up in Norton.

Says Lafarge: “This project will afford relevant stakeholders to witness and experience the capabilities of this and innovative technology and it is anticipated that this will attract more projects towards the use of the technology to provide decent affordable housing.”

Before the plant, Zimbabwe imported 40% of the 100 000 tonnes of its dry mortar needs, such as adhesives, lime and waterproofing mixes. The new plant meets local demand, Lafarge says.

The new plant is the largest dry mortar plant in LafargeHolcim’s Middle East and Africa market.

“This means that Lafarge Zimbabwe has become the hub of dry mortars manufacturing in Middle East and Africa in LafargeHolcim. That makes us the reference point,” says Nyika.- NewZwire