Zuma opens the doors for looting the national purse 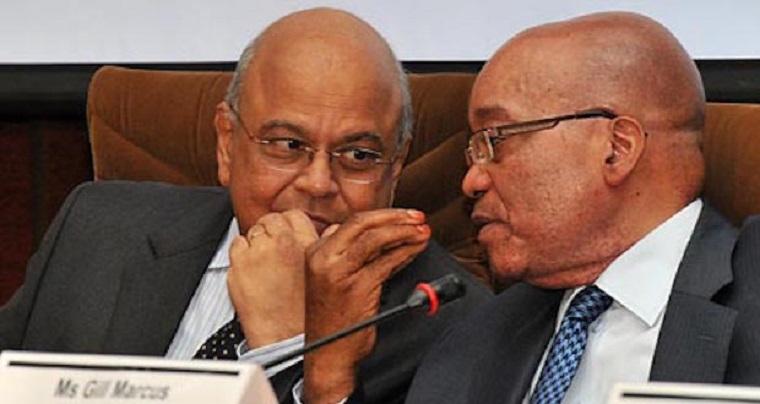 In the biggest cabinet reshuffle in post-apartheid South Africa, Zuma replaced 10 ministers and 10 deputies. His decision to replace Gordhan with Malusi Gigaba, who is not known for mastery of the finance and economics portfolio, shocked the markets with the rand falling to a two-year low.

This will lead to substantially higher inflation and an increase in interest rates, with a negative impact on all South Africans.

At the same time the country’s credit risk rating will be downgraded, with concomitant higher borrowing costs for the government.

The local currency’s fall was in response to widespread concerns that the finance portfolio will become open to Zuma’s propensity to raid the public purse for personal gain.

Both Gordhan and Jonas had reputations for being prudent and both were vociferous opponents of corruption.

The drama began to unfold earlier in the week when Zuma recalled Gordhan and Jonas from an investor roadshow in London but failed to provide any reasons for the decision.

Markets reacted badly, and the country’s currency began its fall.