Zimbabwe’s youth should be the leading voice for change 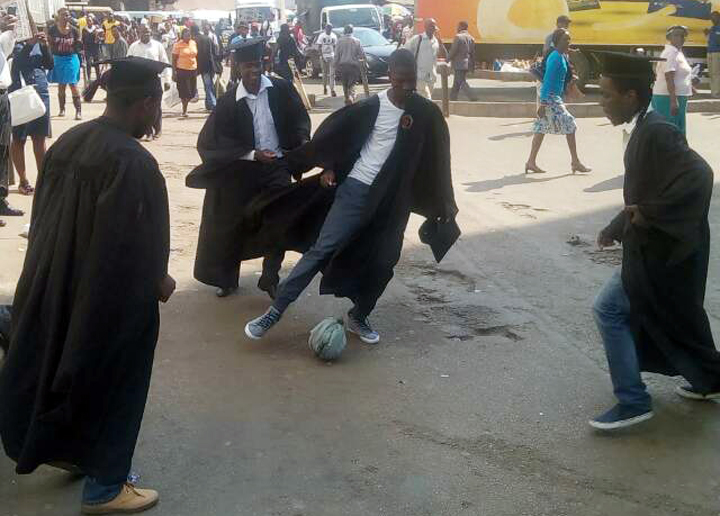 Youth protests against inequality – specifically for free or low-cost education – have led to successful changes in government action, particularly in South Africa.

Today marks the 41st anniversary of the 1976 Soweto Youth Uprising and reminds us of the power of young people.

South Africa’s environment is conducive to effecting change in government – the constitution protects and enables freedom of association and expression through demonstrations.

This however is not the case in neighbouring Zimbabwe.

Last year police gazetted a protest ban after unprecedented numbers of citizens, under #ThisFlag, publicly expressed their disappointment with the state of Zimbabwe following years of President Robert Mugabe’s misrule.

Under the Public Order and Security Act, marches, community discussions and demonstrations that are deemed to be political are punishable by law.

But Zimbabwe’s youth are undeterred, and continue to protest ahead of the 2018 general elections.

A young person’s reality in Zimbabwe is one of high levels of poverty and a soaring unemployment rate, compounded by little opportunity to question the government in a free and fair forum.

The youth have had enough and are demanding that the government engage its citizens as it seeks electoral reforms.

But in the current climate, how can young people in Zimbabwe be empowered to enact change?

According to news reports, Zimbabwe’s government relies on its youth for political survival, using them as militias during elections to intimidate voters.

Zimbabwe’s next elections have the potential to turn violent, and the youth will have to be the positive voice of reason during that time.

But as history shows, it is unlikely that the government will use its youth as a positive force for change.

Providing young people with job opportunities, capacity building and learnerships to develop skills would probably gain the most traction, and help the youth become a force to be reckoned with.

The United Nations (UN) and the African Union (AU) both provide frameworks for the engagement and empowerment of the youth.

But whether these can be implemented in Zimbabwe is debatable.