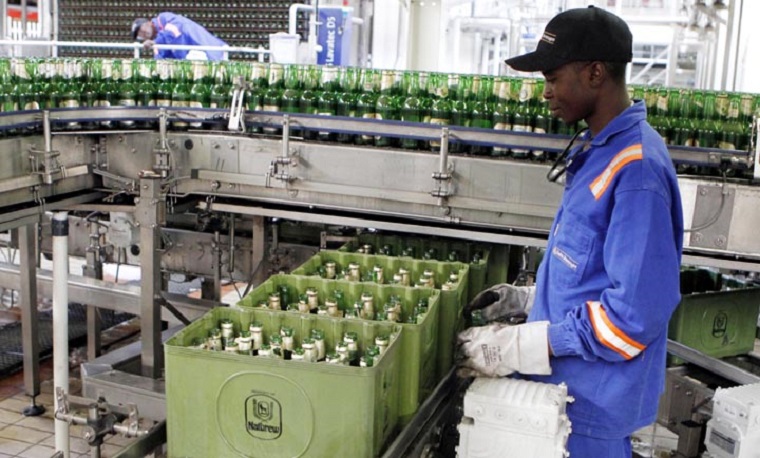 Delta Corporation has endured falling revenue since 2014, but a combination of a deteriorating economy and an acute dollar shortage have left the company facing another earnings drop, according to a leading investment firm.

The beverage maker, which accounts for $1.071 billion of the Zimbabwe Stock Exchange’s total valuation of $3.9 billion as at close of business yesterday, remains an economic bellwether and its struggles mirrors Zimbabwe’s stuttering economy.

Revenue at six months to September 30 , 2016 was eight percent down to  $246.6 million, while it was nine percent lower than the previous year at the close of the third quarter on December 31.

A report on the firm by a United Kingdom-based securities company, Exotix Partners LLP, warns that lager and sparkling beverage volumes are likely to remain weak and that growth from Chibuku Super will not be sufficient to offset the drop.

“Margins are likely to continue shrinking as volumes fall, however ongoing efforts to reduce costs may help to counter this. We estimate an earnings decline of 11 percent for FY17 and relatively flat in FY18.”

Full year revenue is forecast to decline by 8 percent.

Delta is seen lowering prices even further in an attempt to retain its dominant market share.

The beverage maker, which imports a significant part of its raw materials, particularly for sparkling beverages, has not been spared by the ongoing shortages of foreign currency and depleting nostro accounts.

“While Delta is an importer of raw materials, and thus classified as relatively high priority, they have faced delays and are behind on supplier payments. Fortunately they have adequate cover for stocks, and given their strong relationships with their suppliers, we think it is unlikely they will be cut off altogether,” notes Exotix.

“At this stage a product shortage is not a concern, however we could see a more limited range of products in the future.”

The shortage of foreign currency plus a ban on imports have helped curb inflows of cheaper competition, helping its sparkling beverage units retain their market share.