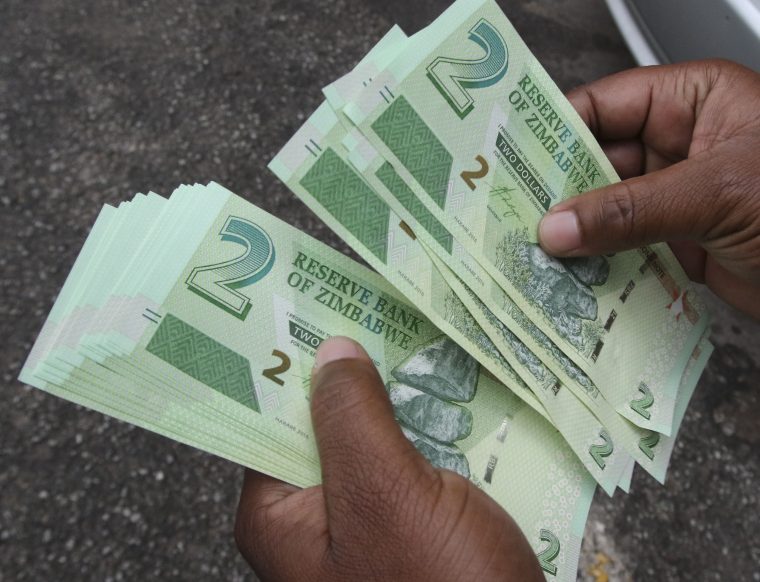 Zimbabwe government’s expansion of its bond note programme could lead to a notable increase in inflation and will dim prospects for any economic recovery in 2017, according to research firm, BMI.

The southern African nation last week said it will more than double its issuance of bond notes, a domestic quasi-currency, to $500 million, stoking fears of a return to the era of money printing and hyperinflation last seen a decade ago.

But the country is gripped by crippling shortages of banknotes that has led to banks limiting daily withdrawals to as little as $50, if available.

In its Africa Monitor Report September edition, BMI Research, a Fitch Group company said despite recovering GDP growth seen continuing into 2018 at 1.2 percent, the risks are heavily skewed to the downside.

“Not only could the threat of pestilence soon derail any improvement in the agriculture sector, but the government’s expansion of its bond note programme could also lead to a notable increase in inflation, dimming prospects for any economic recovery in 2017.”

RBZ governor John Mangudya last week again said the bond notes will be backed by a loan facility from the African Export-Import Bank (Afreximbank). However, Afreximbank has refused to confirm this and the terms of the guarantee have not been published.

“Even discounting these substantial risks, real GDP growth will remain constrained by the government’s weak fiscal position and elevated political risk, limiting the prospect of meaningful investment into the economy,” said BMI.

Zimbabwe is only starting to come out of deflation since February 2014 but import controls and tight liquidity in the country have this year seen inflation edge from -0.65 in January to 0.31 percent in June.

BMI added that, while inflation remains at manageable levels at current rates of bond note issuance, but with no apparent checks on the printing of the notes and rumours that the government has already broken its self-imposed $200 million limit, there are risks that prices could begin to grow at a more rapid pace.

The much-needed investment into the economy will remain low on the back of the government’s constrained fiscal position and elevated levels of political risk closer to the 2018 elections.- The Source