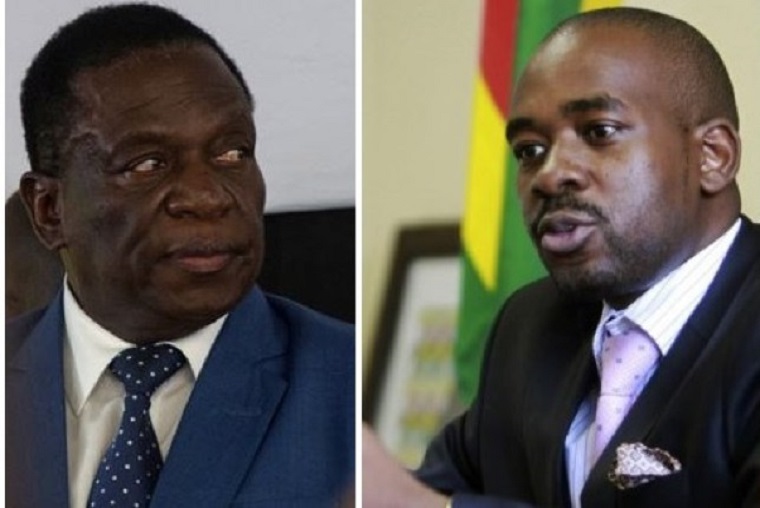 Despite his naïve gaffes and over-enthusiastic campaign promises, Movement for Democratic Change Alliance leader Nelson Chamisa has established a more favourable public reputation when it comes to creating jobs than his main rival Emmerson Mnangagwa of the Zimbabwe African National Union-Patriotic Front.

The latest survey by Afrobarometer, conducted between 25 June and 6 July, shows that 42 percent believe that Chamisa has a better chance of creating jobs than Mnangagwa who was 10 percentage points behind.

Some 18 percent refused to answer while 8 percent said neither of them would be better at creating jobs for the people.

“It is therefore possible that perceptions of Chamisa as a more capable job creator- correct or not- probably help explain the MDC’s recent gains in party identification,” the survey says.

Those sitting on the fence or claiming not to be associated with any party dropped from 40 percent to 36 percent.

Another point that could have worked in Chamisa’s favour is that opinions about “a leader’s ability to create jobs are starkly divided along partisan lines and between urban (mainly pro-MDC) and rural (mainly pro-ZANU-PF) areas”.

In urban areas, some 53 percent felt Chamisa would do a better job than Mnangagwa. 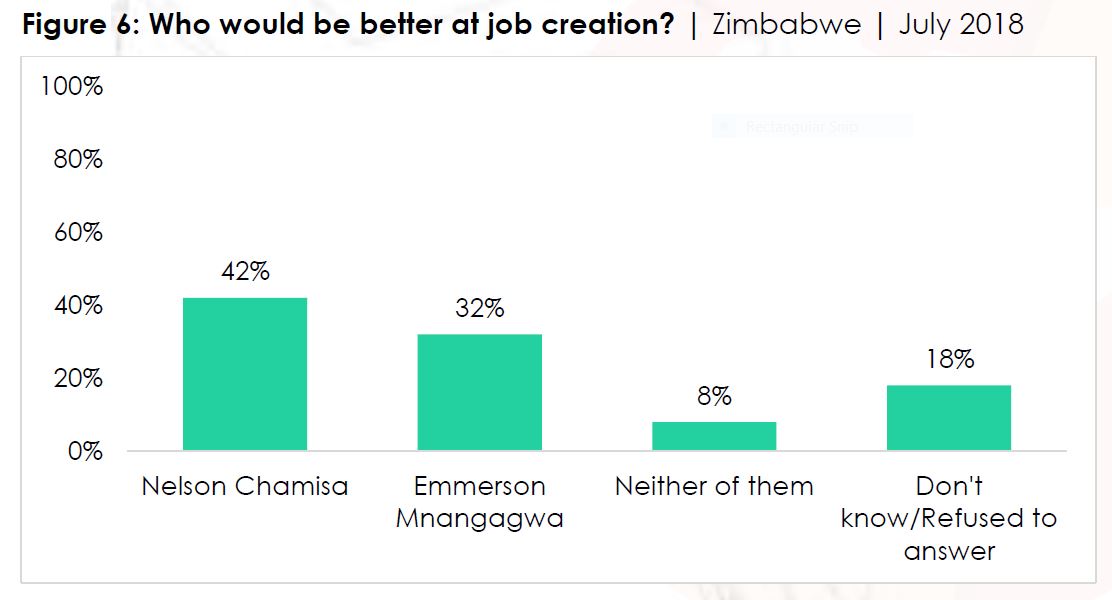