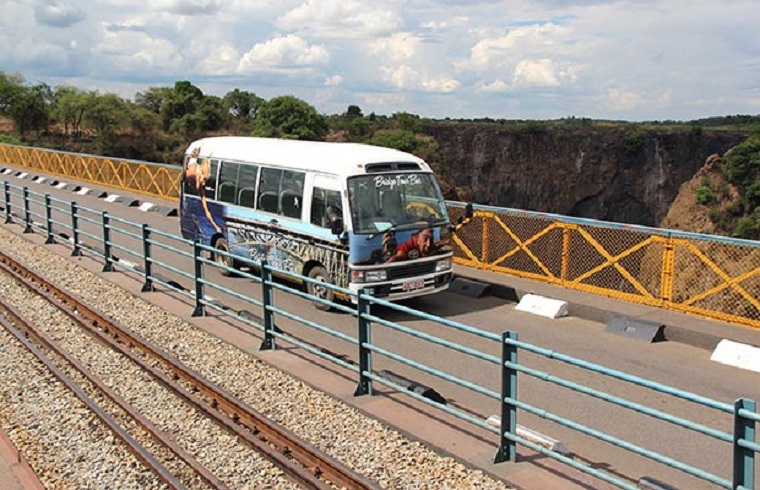 Vehicles using the Victoria Falls bridge between Zimbabwe and Zambia will have to pay up to $30 in toll fees from next year, as the two countries say they need to raise funds to maintain the facility.

The two neighbours share the 110 year old bridge, whose maintenance is carried out by the National Railways of Zimbabwe (NRZ) and Zambia Railways (ZR).

In a statement, issued on Friday the Emerged Railways Properties, a joint company owned by NRZ and ZR said the toll fees will come into effect from January 1.

“Following the enactment of Statutory Instrument 171 of 2012 in terms of Section 6 of the Toll Roads Act (Chapter 13:13) published in the government gazette dated 2 November 2012, all motorists traversing the Zambia-Zimbabwe border of Victoria Falls are hereby notified the Emerged Railways Properties will commence the collection of Toll Fees for the use of the Victoria Falls Bridge effective 1 January 2017,” the statement reads.

The Road Transport and Safety Agency (RATSA) will collect the fees on behalf of the two governments at the two border posts and entry points to the bridge.

Haulage trucks will pay $30 while buses and mini buses which are mostly used by tour operators on a daily basis will fork out $7 and $5 per entry respectively.

Heavy vehicles will part with $10 while taxis and small vehicles below two tonnes will be exempted, according to the statement.

The bridge, said ERP in the statement, is key to the socio-economic life of both countries as well as the SADC region hence the need for regular maintenance for it to cope with increasing levels of traffic.

“It is against this background that the government of Zambia and Zimbabwe have resolved to put in place the requisite legal instrument for the tolling of the bridge.

The Victoria Falls toll fees will be used specifically for the refurbishment and maintenance of the bridge in order to guarantee its long term existence.”

The bridge was constructed in 1905 by the Cleveland Bridge and Engineering Company and is the gateway to the SADC region.- The Source