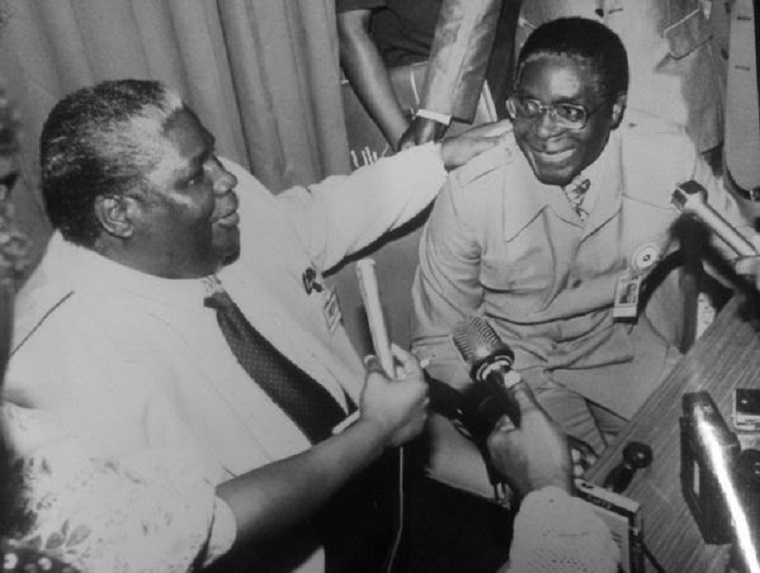 They argue that the next vice-president of the party should be from the former Zimbabwe African People’s Union because ZANU-PF already had its turn when it elected Joice Mujuru.

Mujuru was elevated to vice-president at the 2004 party congress when Emmerson Mnangagwa had the backing of the majority.

G40 now wants to kick out Mnangagwa who was appointed deputy by Mugabe in 2014.

ZANU-PF is holding an extra-ordinary congress next month and plans to amend its constitution to accommodate a female vie-president.

It is not yet clear whether this will mean that the arty will have a third vice-president like its main rival the Movement for Democratic Change led Morgan Tsvangirai or it will demote one of the current vice-presidents.

G40 wants Mnangagwa to go but the war veterans’ move would mean that Phelekezela Mphoko would have to go.

“On the issue of a female quota for the presidency while contentious, as the ZNLWVA we feel and are of the view that the next female VP must come from PF-ZAPU. It is only fair that this be the case as ZANU-PF had its time when Mujuru was the VP,” ZNLWVA Bulawayo provincial chairperson Cephas Ncube told Newsday.

“We were against this move to amend the constitution to push for a female VP as the whole thing looks sinister, but if railroaded we will push to have a female VP who was in PF-ZAPU. The last female VP was from ZANU-PF and common sense must dictate that this be rotated and be given to PF-ZAPU.”