The Zimbabwe African National Union-Patriotic Front was the biggest perpetrator of violence in July, according to the Zimbabwe Peace project.

It accounted for 61.1 percent of the cases, down from72.5 percent in June.

Police were responsible for 24.5 percent of the cases up from 18.5 percent in June.

Violence by the dreaded CIO and war veterans was a paltry 0.7 percent and 0.2 percent, respectively. 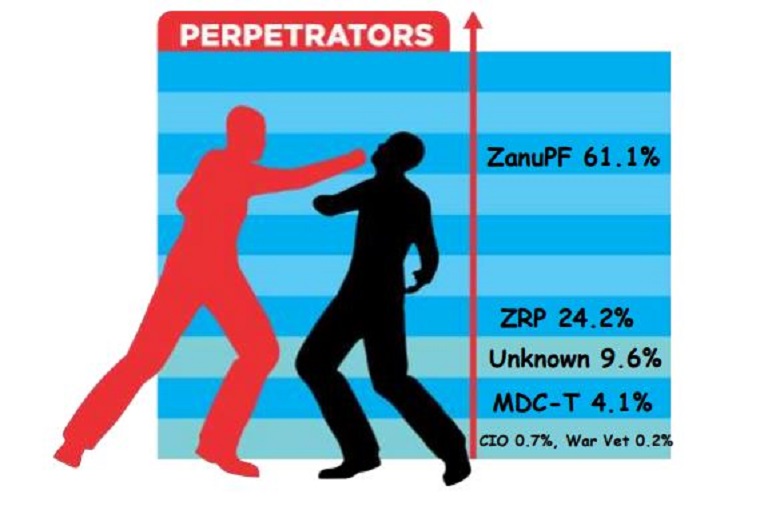