Zimbabwe to entice voters with rice to register 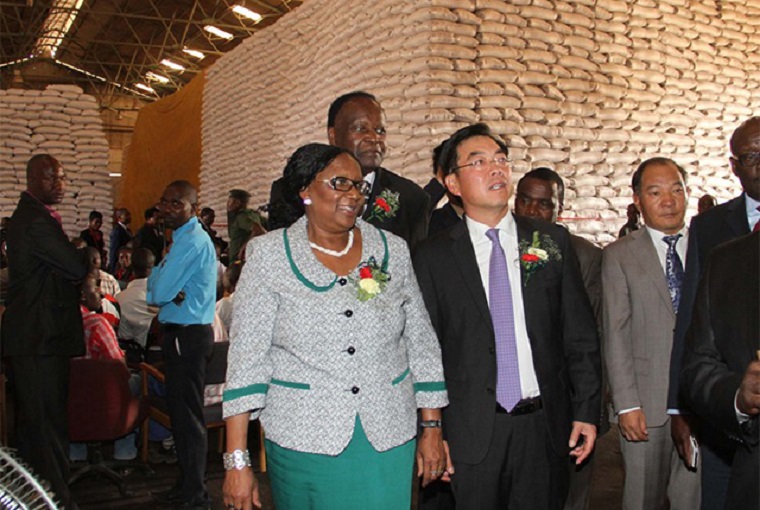 Zimbabwe which is registering voters under the biometric system for next year’s elections but has so far received a slow response with just over a million voters registering so far has decided to offer 300 tonnes of rice to districts that will register the highest numbers.

The rice will be distributed by province with the highest district in each of the country’s 10 provinces, which include Harare and Bulawayo metropolitan provinces, receiving 30 tonnes.

New Justice Minister Happyton Bonyongwe told traditional chiefs that although the registration was being carried out by the Zimbabwe Electoral Commission, it was th responsibility of his ministry to make sure that people register as it administers the Electoral Act.

“We then thought of programmes to do with voter registration; as a ministry, we want to see people registering to vote. Everyone should go out and register as a voter. The district that will register the highest number of voters per province will receive a truckload of rice, which amounts to 30 tonnes per district. So, in 10 provinces it will be equivalent to 300 tonnes. It’s now a competition, lets encourage people to register as voters. So if you become number one, that is the prize that is coming your way,” Bonyongwe was quoted by the Herald as saying.

“The biggest issue in the country at the moment is the issue of the elections that are scheduled for next year. As the Ministry of Justice, we are the ones administering the Electoral Act. But we have the Zimbabwe Electoral Commission, an independent commission handling the electoral processes. At the moment, they have their BVR programme which is ongoing,” he said.