Zimbabwe to deploy Law enforcement agents to deal with those... 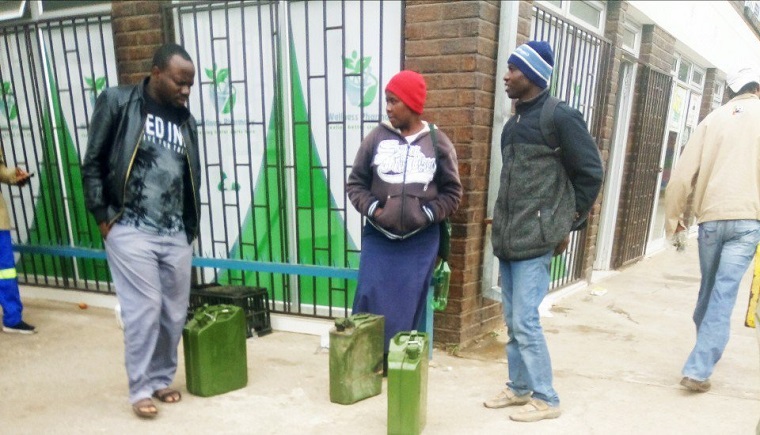 Zimbabwe which has been experiencing fuel shortages on and off since the beginning of October says it will deploy “law and order maintenance arms of the State” to stamp out those reselling fuel in jerry cans.

Information Minister Monica Mutsvangwa told journalists after today’s cabinet meeting that the government had noted with concern that some unscrupulous individuals were purchasing and reselling fuel in jerry cans at extortionate prices close to fuel service stations.

“This practice poses a high risk to the general public considering the inflammable nature of petroleum fuel,” she said.

“Further some of the fuel being sold in jerry cans is contaminated and may therefore damage vehicles.

“Cabinet accordingly directed relevant land and order maintenance arms of the State to resolutely stamp out this practice so as to prevent possible loss of lives and destruction of property.”

Energy Minister Joram Gumbo told the cabinet that though fuel challenges on the market still persisted, the situation is gradually improving compared to last week.

He assured cabinet that financing arrangements were in place to ensure that there would be adequate fuel during the festive season.

Gumbo has made these assurances since the shortages started but several service stations have no fuel at the moment and long queues are the order of the day.

The deployment of law enforcement agents to deal with those selling fuel in jerry cans is an indication that the shortages are likely to persist for some time because no one buys fuel from jerry cans when there are adequate supplies at service stations.