Zimbabwe Stock market crashes as the country waits on Mugabe... 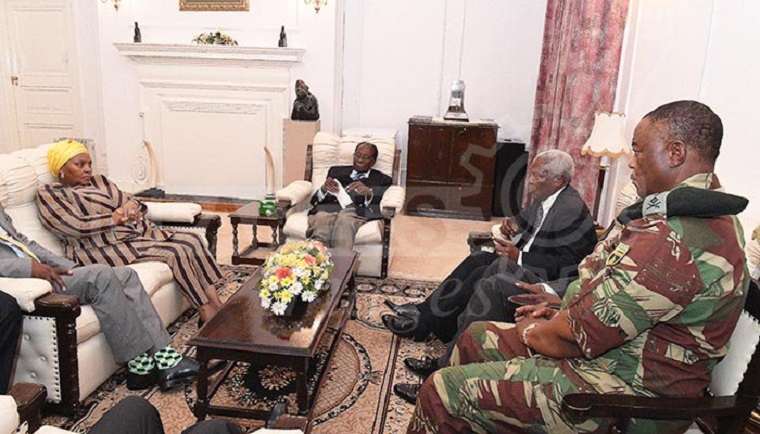 The Zimbabwe Stock Exchange mainstream index crashed today, dropping 7.46 percent to 487.93 points while the market saw its market value falling by $1 billion as political tensions remain high after a military takeover of the country.

As negotiations between President Robert Mugabe, who has been under house arrest at his private residence but has reportedly moved to the State House, the military and South Africa mediators, investors are either in full panic mode or expect normalcy to return to the economy in the expected new political dispensation.

Today saw the biggest pull back on the market since the onset of the bull run in October last year.

The mining index, which was constant in the week, also eased 2.69 percent to settle at 134.40 points.

The stock market also witnessed a huge selloff, with $31.5 million worth of shares traded in the day, the third biggest since dollarisation in 2009.

Market capitalisation dropped by $1.2 billion to $13.8 billion from $15 billion in the previous day.

The largest company by market capitalisation, Delta eased 19.96 percent to settle at 254.50 cents.

However, Proplastics and RioZim gained 11.84 percent and 0.21 percent to close at 8.5 cents and 120 cents respectively.

On the resources index, Bindura eased 10 percent to settle at 4.50 cents . The other mining counters, Hwange and FalGold remained unchanged at their previous trading prices.

Foreigners were net sellers in the day , disposing of shares worth $7.1 million compared to a paltry foreign purchase of $90 786.- The Source