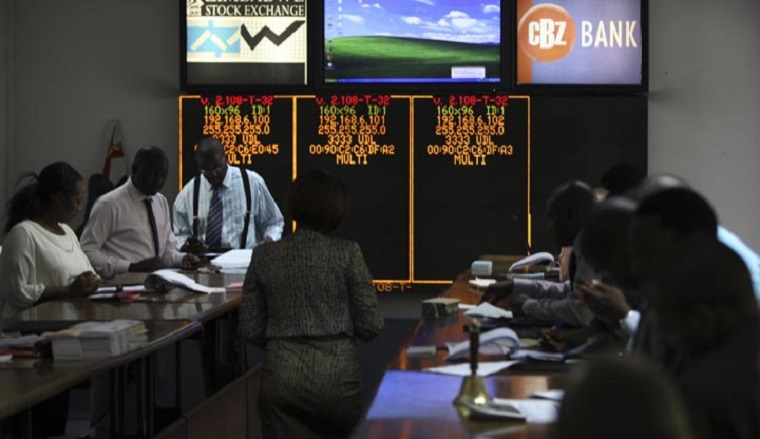 The Zimbabwe Stock Exchange (ZSE) has outperformed its regional bourses in the year to date as locals sought cover in equities from a currency crisis, with both the industrial and mining index advancing 100.54 percent and 179.13 percent on an annualised basis.

ZSE indices have far outgrown regional indices of countries such as South Africa, Botswana, Kenya among others.

The South African JSE All Shares index gained 2.37 percent and 6.79 percent year-on-year and year to date respectively to 55 091.11 points.

The Mauritian stock exchange recorded positive growth over the year, picking up 25 percent on a year-on-year basis and advancing 20.31 percent to 2 175.74 points year-to-date.

Since dollarisation in 2009, the ZSE has largely been influenced by politics and sometimes, economic fundamentals.

On the mining space, the mining index which closed the month of May 2009 at 288.47 points , retreated to 19.14 points as at end of February last year as mining companies performed poorly owing to declining commodity prices and obsolete machinery and equipment which saw most of them accumulating huge losses over the period.

Some of the mining companies such as Hwange and Falcon Gold had questionable going concern status, with liabilities larger than assets.

However, when the central bank announced that it was going ahead with earlier plans to print bond notes, a localised surrogate currency to trade at par with the greenback in a bid to ease the severe cash crisis, activity on the ZSE started to pick up as investors sought security in equity instruments.

Investors have preferred to hold equities as a safer investment option relative to money market instruments which are perceived riskier and offering lower returns.

This demand for equities, mostly by locals, has driven the ZSE indices to their highest levels in over three years. –The Source 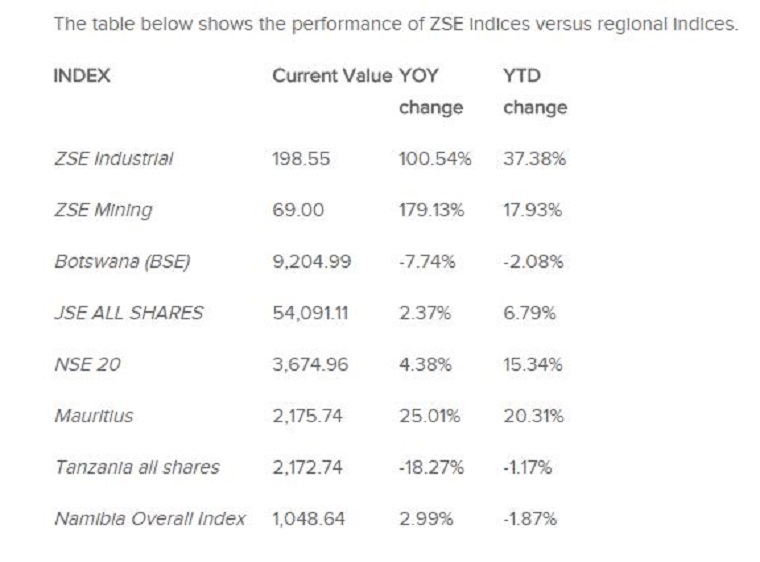