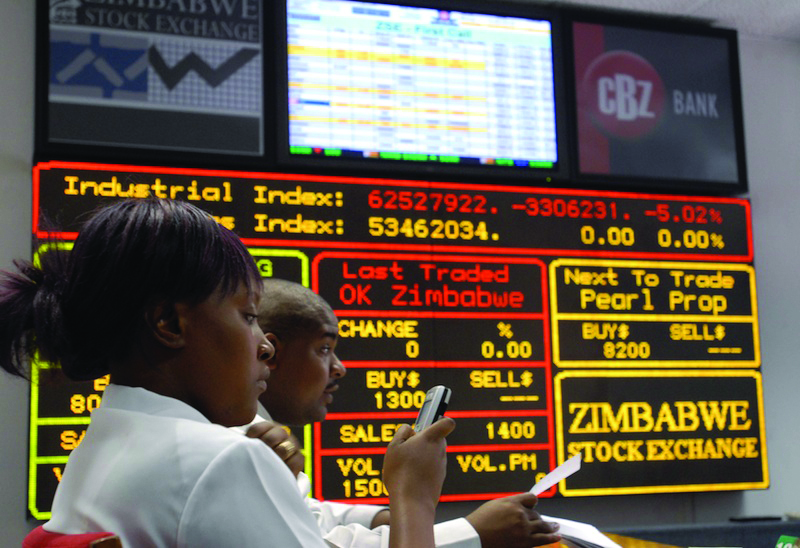 Zimbabwe equities dropped $6 billion in 8 days as the market engaged in a drastic self-correction following a change of guard in the country’s political leadership which saw Emmerson Mnangagwa installed as president on Friday.

Mnangagwa was sworn in on Friday to replace the long serving Robert Mugabe who resigned on Tuesday following a military takeover a week earlier.

The new president pledged to hit the ground running to fix the underperforming economy.

The stock market reaction is one of the primary indicators which speaks to investor sentiment. As such, the self-correction on the local bourse speaks to what investors believe about the future of Zimbabwe.

“Investors are expecting to see a positive change, that is the reason why the market is correcting itself from the bullrun which was largely driven by panic buying as investors seek to hedge themselves from the monetary developments that were taking place ,” said an analyst.

The mainstream index lost 215 points (40 percent) in 8 days to Friday to close at 318.65 points while the mining index eased 8 percent in the same period to close at 126.63 points. However, in a year to date both the mainstream index and the resource index gained 120.47 percent and 116.42 percent respectively.

The ZSE Top 10 counters were the most affected by the events as investors sell off their holdings in line with the new political developments.

Analysts say heavyweight companies were most affected because they are the most liquid stocks on the local bourse.

“Blue chips (ZSE top ten stocks) are the most affected because they are liquid, and dear to most investors who have a longterm view of the market,” an investment analyst said.