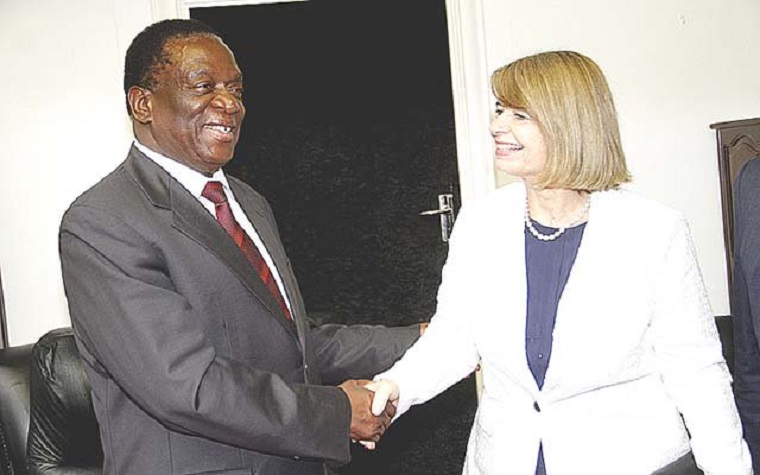 Zimbabwe is still under British sanctions because of its record of human rights abuses.

Two British ministers for Africa, Rory Stewart and Harriett Baldwin, have visited the country to try to mend relations between the two countries since President Emmerson Mnangagwa came to power.

Mnangagwa has expressed optimism that British Prime Minister Theresa May could improve relations between the two countries as Zimbabwe seems to do better under British women leaders.

Zimbabwe attained its independence in 1980 thanks to British Prime Minister Margaret Thatcher.

Minister of State Alan Duncan said in the British Parliament yesterday that Zimbabwe was one of the countries still under sanctions because of human rights abuses.

He had been asked by Ben Lake which countries Britain applied sanctions to because of their record of human rights.

“The government's response to reports of human rights violations is determined on a case by case basis,” Duncan said.

“Furthermore, the 2017 Criminal Finances Act allows UK law enforcement agencies to use civil recovery powers to freeze the assets of those who violate human rights wherever those violations take place, where that property is held in the UK.

“The Home Secretary can also exclude from the UK individuals whose presence is not conducive to the public good.”

Britain has given aid worth more than $1 billion to Zimbabwe over the past decade but the aid does not go through the government.

It is channeled through non-governmental organisations and observers say this undermines the government.