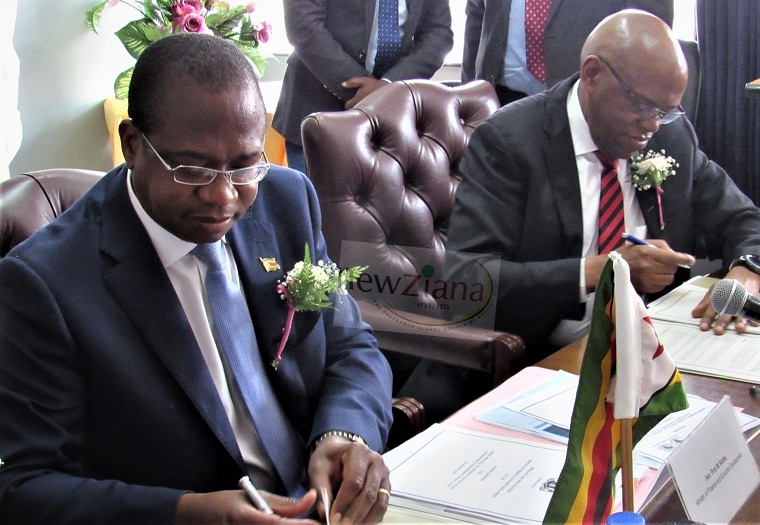 The Zimbabwean government and the African Development Bank (AfDB) today signed an agreement for a US$10.4 million grant for projects aimed at improving the tax and accountability capacities of three key public institutions.

The government will chip in with an additional US$1.1 million for the projects targeted at the Zimbabwe Revenue Authority (ZIMRA), the Parliament of Zimbabwe and the Office of the Auditor General.

Implementation of the projects will run for three years up to 31 December, 2023.

“The project is expected to strengthen the transparency and accountability oversight mandates of the three institutions in line with the Transitional Stabilisation Programme which prioritises fiscal consolidation, economic stabilisation, and inclusive growth as well as employment creation,” he said.

The bulk of the funding will go towards ZIMRA’s tax and revenue management system.

ZIMRA is a key institution for government, providing the bulk of funding for its budget in the wake of dried up international support.

Kitabire said AfDB funding was aimed at supporting government reform efforts, which the continental bank was fully behind.

“We are aware that tax administration and related reforms are at the core of this recovery and as a bank, we have been and will continue to support the initiatives in this effort,” he said.

“As your bank, we will stand with you and support you as you endeavour to revive the economy with progressive market oriented policies.”

The government, he said, should continue its reform efforts of the macro-economy especially those aimed at attracting foreign exchange which is necessary for full restoration of macroeconomic stability and rebuilding of general infrastructure.- New Ziana