Zimbabwe senior doctors tell Masiyiwa it is not a matter... 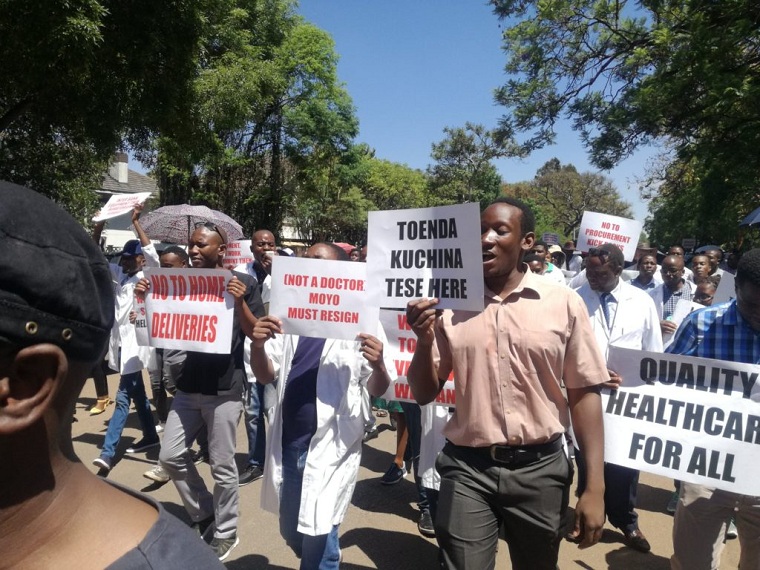 Zimbabwe’s senior doctors have told Econet boss Strive Masiyiwa that while the move by his Higher Life Foundation to offer junior doctors incentives to return to work was noble, it was not informed by a clear understanding of the situation on the ground.

Masiyiwa has offered the doctors incentives that could see some earning an extra $10 000 this month if they report for work by Monday, 9 December.

The doctors have been on strike since 3 September and have refused to return to work despite several offers by the government to increase their salaries.

They also spurned Masiyiwa’s offer of $5 000 a month for six months.

In a statement today senior doctors said that the offer was a piecemeal solution because junior doctors could not run hospitals on their own.

“This proposal would only take us back to a situation where the hospital doors are thrown open, doctors are physically present in the buildings, but patients continue to die.

“The SHDA would like to reiterate that a holistic approach in pursuit of a long-term solution is urgently needed.

“The piecemeal approach to the problems in the health sector is one of the reasons we are in this quagmire.

“If HLF really wishes to make an impact in the lives of the citizens, we call on them to engage with those on the ground who know what is needed, so as to make the best use of resources.

“We want to see a speedy resolution to this impasse but it is not as simple as throwing money at the situation.”