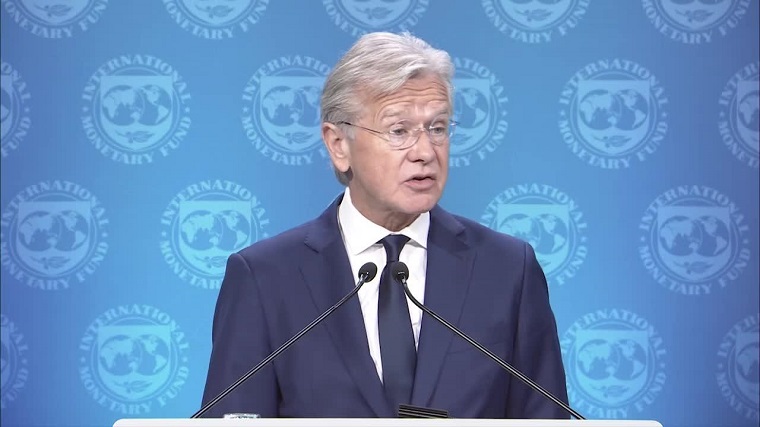 Zimbabwe and the IMF have also begun talks towards a new staff monitored programme (SMP) to “assist with fiscal consolidation and the reform agenda”, IMF spokesman Gerry Rice said at a briefing yesterday.

Under a staff-monitored programme, Zimbabwe’s economic targets and policies would be monitored by IMF staff. This does not mean that Zimbabwe would get funding.

At the briefing, Rice was asked to give the IMF’s assessment of the Transitional Stabilisation Programme (TSP), the reform plan that Ncube launched in October.

Rice said: “We think the policies, to answer the question, the policies of the new administration under the Zimbabwe transition and stabilisation programme, do constitute a comprehensive stabilisation and reform effort in order to address Zimbabwe’s macroeconomic situation.”

On the talks for a SMP, Rice said “we see it as a fairly ambitious program that the authorities have requested the staff monitored program”.

However, an SMP is not a full IMF programme, under which Zimbabwe would access the funding that it needs.

“I’m differentiating that from an IMF financial program which, of course, discussion of that, as we’ve said here before, would require the clearance of arrears by Zimbabwe to the other international financial institutions as well as an agreement with official bilateral creditors. So we are looking at a staff monitored program, but not at this point, the full financial program for the reasons I just mentioned,” Rice said.

Zimbabwe has paid off its IMF arrears, but under the pari pasu rule, the country must simultaneously pay off what it owes to the World Bank, the African Development Bank and other lenders. Ncube has been holding meetings with creditors to have this requirement waived.

Under the TSP, Ncube has introduced measures targeted at narrowing the budget deficit, via raising revenues and cutting borrowing. He believes that targeting the deficit will help stabilise the volatile currency market.

He has stopped issuing fresh Treasury Bills and put a lid on the RBZ overdraft, two main sources of the high debt that has driven inflation and the US dollar parallel market rate.

Ncube has however been criticised for a controversial 2% tax on electronic transactions, and for not going far enough on cutting state spending.-NewZWire