Zimbabwe MP complains: what can I do with a paltry... 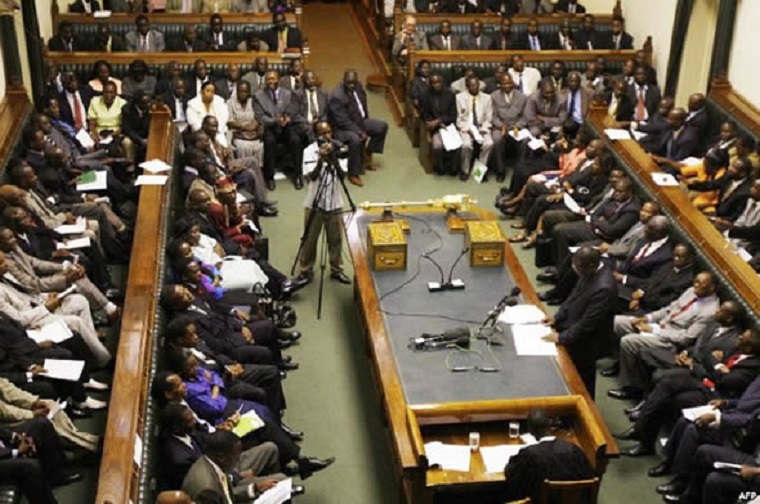 Zimbabwe’s legislators yesterday complained about their poor remuneration with some calling for the two Ministers of Finance, current minister Ignatius Chombo, and previous minister Patrick Chinamasa to come and address Parliament on their plight.

One MP Irene Zindi said the legislators were earning $1 000 a month which was too little for them to do anything.

“I took my car for service and they want $600. I am only paid $1 000 per month, so where do I get that money from? Please, listen to my contribution…… I am saying, as Hon. Members of Parliament, we earn $1 000.00 per month.  When people die in our constituencies, the bereaved families expect you to sympathise and mourn with them and not only that, when parents have no money to pay school fees for their children, they expect you to assist with payment of fees and the list is endless…”

Temba Mliswa said the legislators were being forced to sell fuel coupons to get money: “We cannot go to our constituencies because we are being accused of not doing our job when we have no funding.  MPs are selling fuel coupons in order to get money.  Our dignity and integrity is no longer there and therefore, we cannot go back to our constituencies.  Ministers are being given coupons, pay and new cars, but we have nothing,” he said.

Remigious Matangira demanded money there and then. No excuses. “Now Madam Speaker, if you tell us to wait, munoziva mimba haivharwi nokuti rinemanyanga hariputirwe.  Right now, we are going to campaign in our constituencies telling our people lies.  Give us our allowances and CDF so that we can fulfil our promises.  If a Member misuses the funds, then they should be arrested.  We want money today and we do not want any excuses.”

The average salary in Zimbabwe is reported to be about $350 a month.

Two years ago President Robert Mugabe was reported to be earning $12 000 a month but complained that it was not enough.

His wife, however, just bought a 55 hectare plot in Harare for $4.2 million.

She also reportedly bought another property in Johannesburg for R45 million.

Below is the full debate: