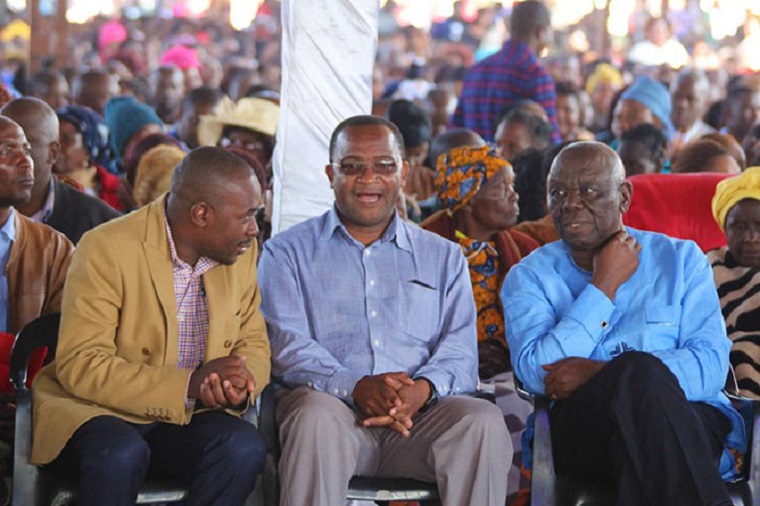 An ailing long-time leader allegedly being taken advantage of by a faction that is using his wife. A presidential spokesman under attack. Party leaders responding to calls for new leadership with shouts of “there’s no vacancy.”

A party’s women’s and youth wings vowing to stand by their leader forever, and a vice president accused of trying to usurp power.

That is the ZANU-PF we have all known over recent years, right? Except, this is not ZANU-PF. It is the opposition MDC-T.

In the escalating war over the future of Morgan Tsvangirai, and for control of the party he has led for close to 20 years, the MDC-T is going through all the ZANU-PF stages of succession.

First are the denials that the party is divided over succession. This is accompanied by praise singing for the leader, as rivals battle to show loyalty, lest they be accused of being too ambitious. Then there is the stage in which rival leaders are accused of working with external forces.

Then come the messy stages, in which the family steps in, leaders trade insults, and stories against rivals are planted in the media.

All the while, the party leader is portrayed as some indispensable god, even if the praise only makes him actually appear as a helpless figure fast losing control.

In 2013, Emmerson Mnangagwa had almost identical denials. “Who said there are divisions in ZANU-PF? I just read that through newspapers.”

They get to the stage where they admit there are differences, which they try to spin positively.

These are just “healthy differences and spirited debates”, MDC-T VP Elias Mudzuri said this week. Compare with Mnangagwa two years ago, when he said: “People share different views and it’s healthy for the party.”

Then there is the “we only have one leader” stage.

In ZANU-PF, ahead of the 2014 congress, the chant “Gushungo Chete Chete” dominated meetings, as members were browbeaten to show support for Mugabe’s “one centre of power” move. Today, the MDC-T has adopted a similar slogan, “Save Chete Chete”, to show loyalty.