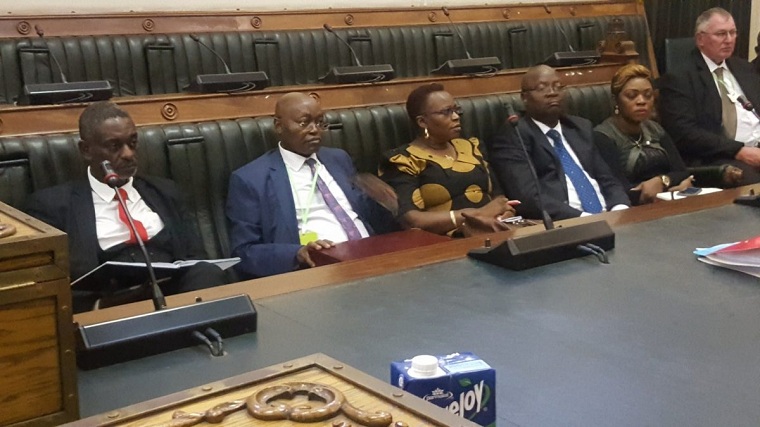 Parliament has sent a strong message to legislators that they must display zero tolerance towards corruption by barring four members from sitting in the Parliamentary Committee on Mines and Mining Development until the current Parliament expires in 2023.

The four members -Temba Mliswa, Leonard Chikomba, Anele Ndebele and Prince Dubeko Sibanda- were accused of soliciting a $400 000 bribe from contractor JR Goddard but were cleared of the charges.

The committee that looked into the matter, however, felt that as a deterrent measure, the four should be prohibited from sitting in the Portfolio Committee on Mines and Mining Development for the rest of the 9th Parliament.

It also said the four should prepare and deliver a statement of apology to Parliament.

It ruled that a one sitting’s allowance should be withheld from each of the four.

“There should be continuous reminders at various platforms to Honourable Members of their pre-eminent role as the defenders of the Constitution and the Code of Conduct of Parliamentarians and therefore, display zero tolerance towards corruption,” the committee said.

That this House takes note of the Report of the Privileges Committee on allegations of Corruption raised against Hon. Mliswa, Hon. Chikomba, Hon. Ndebele and Hon. P. D. Sibanda.

HON. CHIKWINYA: On a point of order.

THE HON. DEPUTY SPEAKER: No more points of order.

HON. CHIKWINYA: Madam Speaker, today is a Wednesday and it is a Members’ day.  What takes precedence is the Question Time, if he wants to bring in his motion, he has to seek leave.

Hon. Chikwinya was asked to approach the Chair.