Zimbabwe is on the correct path, Mnangagwa says 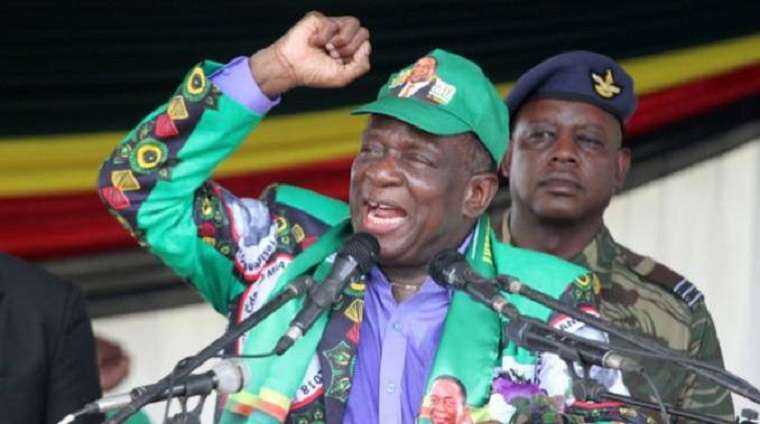 President Emerson Mnangagwa today said the course taken by government to reform the economy was the correct one as there were no shortcuts to achieve the desired goals.

The government has embarked on broad economic reforms to lay the foundation for growing the economy to an upper-middle income status by 2030.

Some of the reforms included the unpopular austerity measures which, for example, saw the government removing the fuel subsidy to allow market forces to determine its price.

This resulted in transport costs and prices of basic goods and commodities going up almost on a weekly basis, eroding consumer spending power in the process.

But, Mnangagwa said the austerity part of the reform process was necessary as it allowed government to curb runaway expenditure while allowing it to allocate resources to other pressing needs.

“The course we have taken as a party and government to resuscitate and reform our economy is the correct one,” he told the ruling party’s 112th Central Committee meeting.

“We must strengthen our resolve to correct the past wrongs and wrong decisions we made regards our economy. Populist policies and initiatives for short term benefits have dire long-term implications.”

He said his government was determined to put the economy back on the rails in order to achieve vision 2030.

“The macro-fundamentals are now on course and we have ended the austerity measures. We also have introduced a mono-currency on the basis that no country can develop or grow its economy on the basis of other people’s currencies,” he said.

Turning to the party, Mnangagwa said ZANU-PF was growing stronger as evidenced by its victories in numerous by-elections held country-wide.

“We meet against the background of a very eventful year which saw the party reassert its dominance on the political landscape. Our victories in the various by-elections are reflective that we remain a people party and the party of choice.”

“As the year comes to an end, let us all re-commit to serving the people and fulfilling our responsibilities. Let us be leaders of integrity who hold fast the beliefs and ideology of our party,” he said.

“I am confident that together in unity we will carry the revolution forward, progressively and democratically.”

Meanwhile, the Central Committee, which was meeting ahead of the party’s 18th annual National People’s Conference, was considering several amendments to the party constitution including the establishment of a council of elders.

“This central committee will (also) receive a recommendation for the establishment of a league of Veterans of the Liberation Struggle to add to the other two,” he said. –New Ziana