Zimbabwe inflation does opposite of what Central Bank wants

Zimbabwe’s inflation dropped to 0.31 percent in June from 0.75 percent in May at a time when Central Bank chief John Mangudya is complaining that the country’s inflation is too low to stimulate growth.

Mangudya recently said that central bank governors in the region had agreed that any inflation below 3 percent does not allow a country to grow.

“As central bank governors in the region we have agreed that the range of conversion should be between 3 and 7 percent. If you are below that you cannot grow…we are still within the SADC benchmark …in fact we are still below the range which allows you to grow,” he told a business symposium.

“Other countries such as Angola and Tanzania have higher rates of inflation but they are still growing….our situation is unique. They can print local currency to finance their deficit but we cannot. Our deficit has to be financed by foreign currency.”

The International Monetary Fund has predicted that Zimbabwe’s inflation will reach 7 percent by year end.

Zimbabwe's inflation official peaked at 500 million percent in 2008 but a US economist says it actually reached 89.7 sextillion percent. 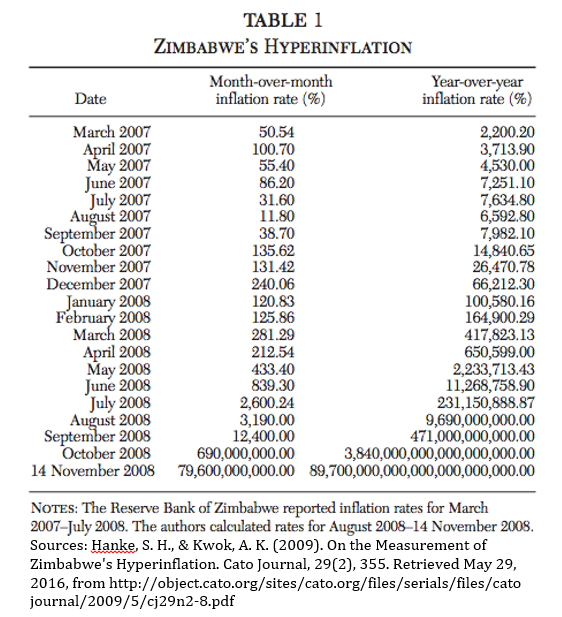