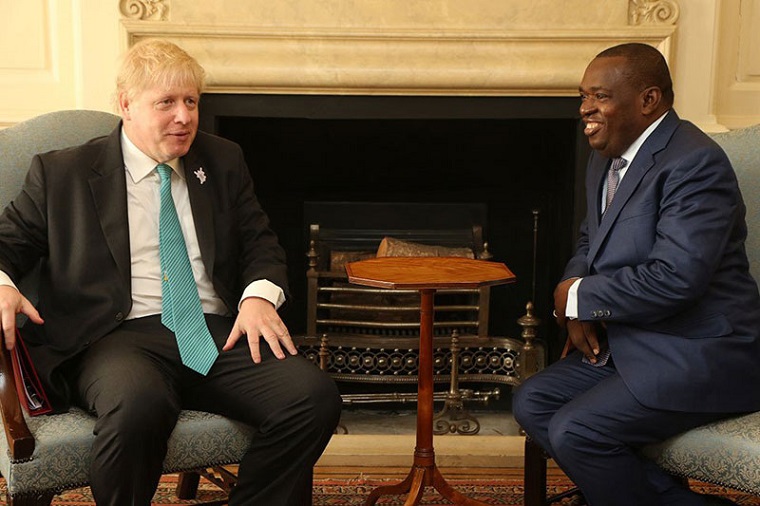 President Emmerson Mnangagwa yesterday said he is hopeful that Britain will support Zimbabwe’s international re-engagement drive, particularly its bid to return to the Commonwealth group.

Zimbabwe has embarked on a massive re-engagement drive to shake off decades of isolation and end frosty relations with Western countries.

To achieve this, the country has committed itself to implementing deep political and economic reforms and opening up its internal processes, including elections, to international scrutiny.

In a congratulatory message to British Prime Minister Boris Johnson, Mnangagwa said he was looking forward to better ties between the two countries whose relations soured at the turn of the millennium following Zimbabwe’s historic land reform programme.

“The government and people of Zimbabwe take this opportunity to express the confidence that your renewed mandate will also enable you to continue to support our re-engagement efforts with both your country and others,” he said.

“Zimbabwe continues to implement political, economic, legislative and electoral reforms designed to open up political space, improve the ease of doing business and facilitate the return of Zimbabwe to the family of the progressive global community. It is our fervent hope therefore that these reforms will also enable your new government to support Zimbabwe’s return to the commonwealth organisation.”

Johnson secured a crushing victory in the UK’s general election this week as voters backed his promise to “get Brexit done” and take the country out of the European Union by 31 January next year.

His party, the Conservatives secured a comfortable majority and the party’s best showing in a parliamentary election since Margaret Thatcher triumphed in 1979.

President Mnangagwa assured Johnson of his commitment to re-engagement with Britain.

“I was pleased to receive your special envoy on 6 November 2019 and earnestly hope that we have more of this supportive interaction in the very near future. Please accept, Right Honourable Prime Minister the assurances of my highest regard,” he said.-New Ziana