Zimbabwe has now been reduced to Robert Mugabe (Pvt) Ltd... 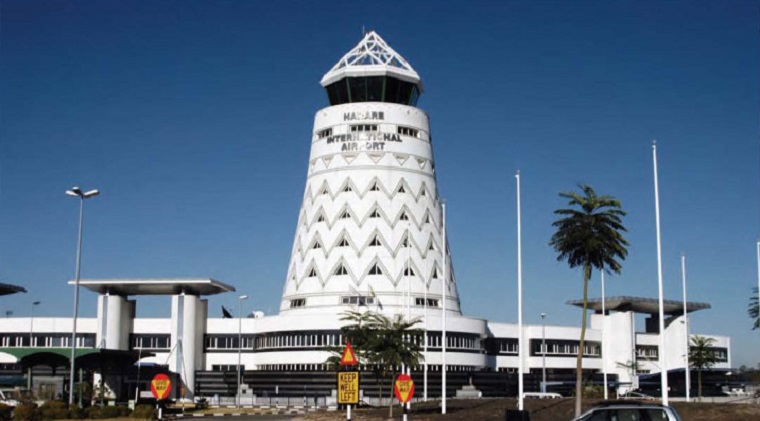 The main opposition party said when it comes to power next year the name of the airport will revert to its name, Harare International Airport.

“It is beyond debate that as the ZANU- PF regime continues to crumble like a deck of cards.  Robert Mugabe is fully determined to take the country down with him,” the party said.

“He now perceives Zimbabwe as his personal property and not a republic. The State has been virtually captured by Robert Mugabe and his wife and as the economic meltdown continues unabated, the entire government is on auto – pilot as Mugabe and his spouse are spending their time addressing spurious and nonsensical rallies meant to massage their personal egos. What a shame!

“Almost every city and town in Zimbabwe has got a road named after Robert Mugabe. As if this was not enough, US$1 billion of State funds has been budgeted to construct the Robert Mugabe University, a private university that will be owned by the Mugabe family.

“And it is just a matter of weeks before Grace Mugabe is appointed State Vice – President in Zimbabwe. The circus continues as the toiling masses of Zimbabwe watch with bated breath. When is this madness going to stop? When is this lunacy going to be curbed?

“The State – owned national airline, Air Zimbabwe Corporation, is in the intensive care unit, saddled with a debilitating debt in excess of US$300 million. Instead of resuscitating the national airline, the Mugabe family is reported to have invested in a private airline, Zimbabwe Airways that is going to literally take over all the lucrative routes that used to be plied by Air Zimbabwe, particularly the Harare – London route.

“Robert Mugabe and his cohorts have since reduced the Republic of Zimbabwe into Robert Mugabe (Private) Limited; a private limited company wholly owned and controlled by the Mugabe family.

“Thousands of gallant sons and daughters of the soil who paid the ultimate sacrifice to liberate us from decades of racist colonial subjugation must be turning in their graves right now. Is this what they died for? Did these heroes and heroines lay down their lives in order to enable Robert Mugabe to ransack and privatise the Republic of Zimbabwe?”