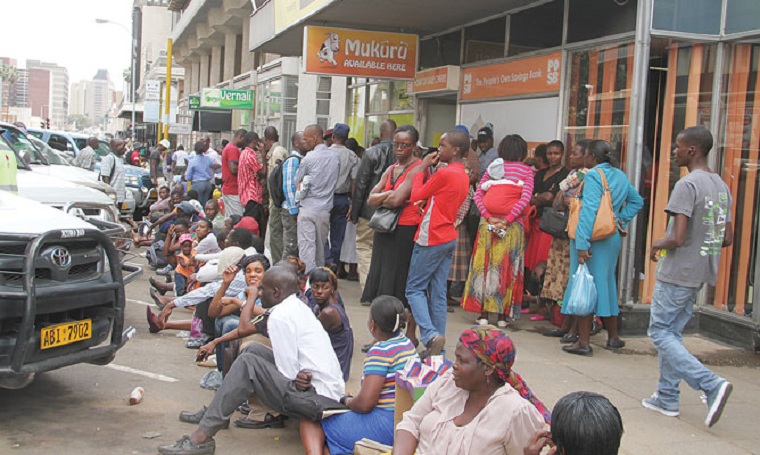 Zimbabwe, which is struggling to end its cash crisis, has deposits totaling $34.5 billion in its banks but had only $1.1 billion in circulation at the end of December, the central bank’s monetary policy committee said yesterday.

The committee said the notes and coins in circulation represented only 3.2 percent of the bank deposits.

Some $150 million was injected into the market in the last quarter of the year though the central bank had imported $400 million.

Finance Minister Mthuli Ncube said the money was being drip fed into the market to avoid fuelling inflation.

“As per normal banking practice, these funds were sold to local banks for distribution to clients in exchange for RTGS balances, so as to neutralize any expansion of money supply and therefore, inflation,” the committee said.

It said the committee had agreed to gradually increase currency in circulation to 10 percent of bank deposits, which means it has to inject an additional $2.3 billion.

Ncube said Zimbabwe will be introducing higher denomination notes of $10, $20 and $50 within the course of this year.

Currently the highest denomination is $5.

The shortage of cash has seen people charging a premium to exchange electronic money for cash.

But, while the premium averaged 30 percent a few weeks ago, it has dropped to 10 percent.

The exchange rate has been stable since September and trading on the interbank market seems to be picking up.

The committee said US$1.5 billion had been traded on the interbank market as at the end of December.

The market was expected to become more transparent and efficient following the introduction of the electronic deal tracker system on 2 December.