Zimbabwe Foreign Minister says the issue of legitimacy is dead... 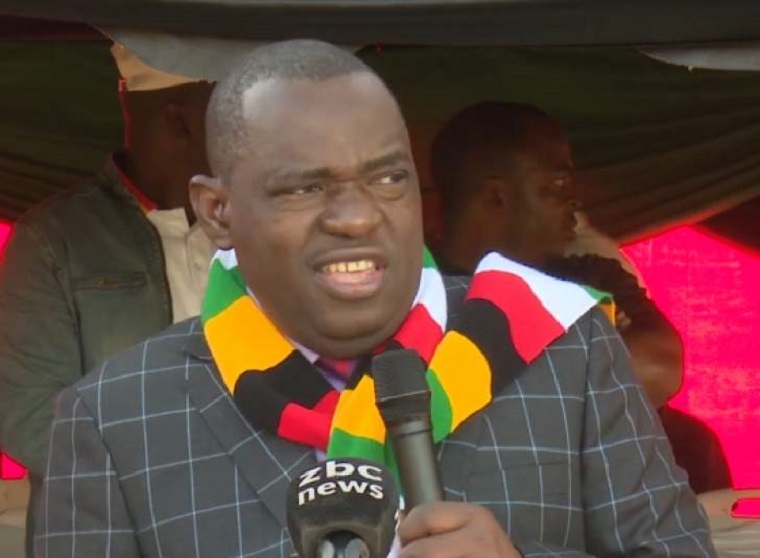 Zimbabwe Foreign Minister Sibusiso Moyo says the issue of President Emmerson Mnangagwa’s legitimacy is dead and buried and cannot be recycled as an issue for political relevance and expedience.

He told the Sunday Mail that the Southern African Development Community had shown complete confidence in Mnangagwa by appointing him chair of the region’s Organ on Politics, Defence and Security which he assumes next month.

“This means confidence on the part of Zimbabwe by the SADC region. It means faith in Zimbabwe and Zimbabweans and above all confidence in and indications of stability in Zimbabwe, which is going to be able to take a leadership role in peace and security matters in the region. So it is not a mean responsibility,” Moyo said.

“It means the democracy of the country has matured to an extent that we are now going to have a responsibility as Zimbabwe of oversight, oversight of all the elections which are going to be taking place in the region, and there is quite a lot of them packed from October going forward.”

The main opposition Movement for Democratic Change has been challenging Mnangagwa’s legitimacy since last year’s elections in July and has made it one of the five-key points in its just released Roadmap to Economic Recovery Legitimacy and Democracy document which it says must be addressed to move the country forward. This is despite the fact that the party lost the election challenge case at the country’s highest court, the Constitutional Court in August last year.

Asked whether the endorsement by SADC was meant to be a clear message to the MDC, Moyo replied: “Indeed, correct. In fact theirs (MDC) is an old record which has got no relevance in the discourse of Zimbabwe. The confidence which has been accorded Zimbabwe by member states to take a leadership role in the Organ means in fact the issue of legitimacy is dead and buried; in fact it died a long time ago, that is why it cannot be recycled as an issue for political relevance and expediency.”

On whether efforts by the MDC to paint Zimbabwe as a pariah state had any impact on his re-engagement work, Moyo responded: “Not at all, in fact the opposition continues to peddle stories which they hope will impede the progress which we are making; in fact they are realising that we are making breakthroughs and as we make breakthroughs, they try to disrupt that particular focus and perception. It is unfortunate that these are our colleagues, Zimbabweans, who I believe wish the best for their people unless otherwise.

“If you wish the best for your people, why don’t you support the re-engagement process which is going to reposition Zimbabwe in the family of nations? Why don’t you actually contribute meaningfully to the issues of re-engagement so that we can say as Zimbabweans, all of us, we don’t want this isolation, it is detrimental to the lives of our people?

“If you are then going to try to throw spanners in the works of a progressive effort which is being done, unfortunately you only remain isolated yourself as the world goes on. Zimbabwe is moving and it will not stop in its reforms and its quest to re-engage and re-affirm with old friends and re-engage with those who were seeing us as not very close to them.”