Zimbabwe Finance Minister in hospital as Mnangagwa is sworn in 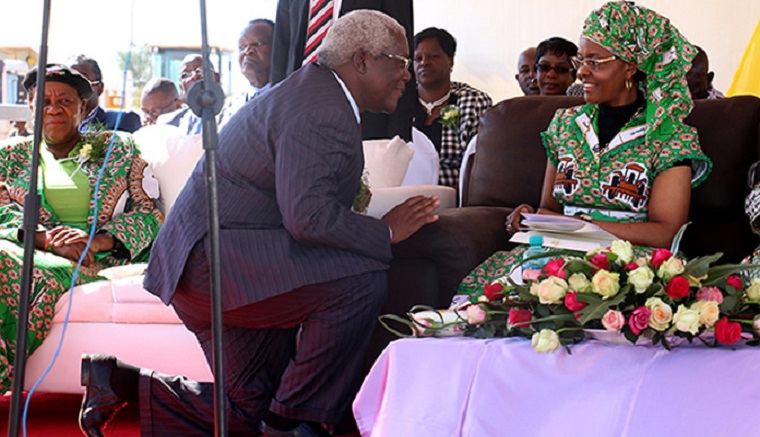 Zimbabwe’s Finance Minister Ignatius Chombo who was arrested last week when the military intervened to restore order was admitted to hospital today because of injuries he received from beatings while he was in military custody.

Chombo was one of the leaders of the Zimbabwe African National Union-Patriotic Front faction called G40 which had literally taken over the country with First Lady Grace Mugabe as it figurehead prompting the  military to intervene to restore order.

The military insisted it had not staged a coup but wanted to get rid of criminals that had surrounded Mugabe.

Mugabe resigned on Tuesday paving the way for his former deputy Emmerson Mnangagwa who is being sworn in today to take over.

Chombo’s lawyer Lovemore Madhuku told international news agency Reuters that he had injuries to his hands, legs and back and was blindfolded throughout his week in custody.

Madhuku said Chombo was being accused of corruption and abuse of power relating to his time as Local Government Minister.

Chombo was one of the richest men in Zimbabwe according to the list of properties and investments listed during his divorce with Marian.

He is one of the ministers said to have been arrested when the military intervened to prevent the country from being taken over by criminals.

It is not clear what has happened to the others as there has been no confirmation of their arrest, but human rights lawyers have appealed to the authorities to abide by the law.

Under Zimbabwean law a person must be brought to court within 48 hours after being arrested.

Though one of the leaders of the G40 cabal who were expelled from the party, Chomo is still Finance Minister until Mnangagwa appoints his cabinet, according to legal think-tank Veritas Zimbabwe.