Zimbabwe doubles doctors’ allowances but they vow to continue with... 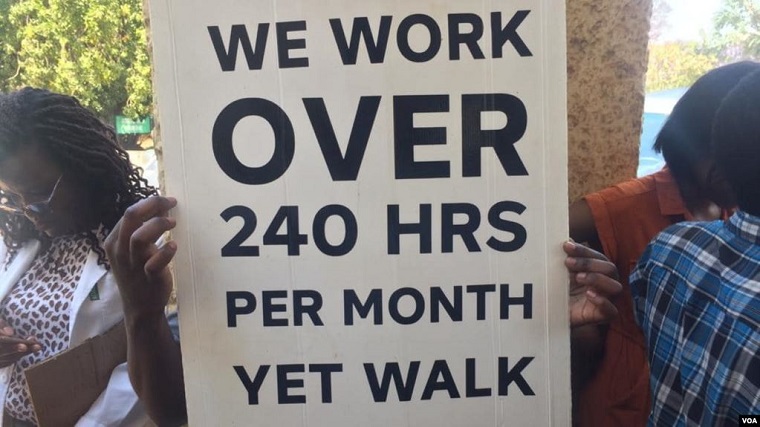 Zimbabwe yesterday doubled striking doctors’ allowances with effect from 1 October but the doctors, who were not part of the negotiations, vowed to continue with their strike.

According to the Herald, junior doctors will now be getting $2 400 for on-call allowances while nurses will walk away with $720 and nurse managers $1 000.

Doctors have been on strike since 3 September.

President Emmerson Mnangagwa said only a few doctors, influenced by foreign interests, were resisting calls to return to work.

Acting Zimbabwe Hospital Doctors Association leader Tawanda Zvakada, however, said; “We did not participate in the negotiations and we still hope the employer will find ways of engaging us meaningfully with a credible inter-mediator since we are still open for dialogue. However, not through the Health Apex Council.”

He said doctors will with their strike until their grievances are addressed.