Zimbabwe Defence Forces boss warns army will not hesitate to... 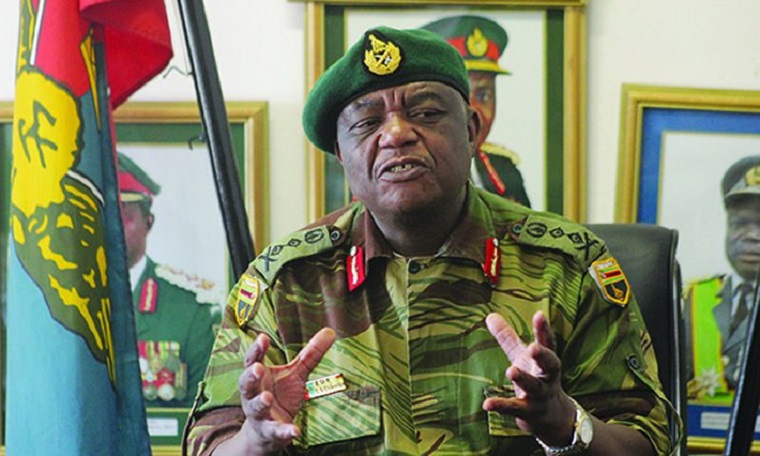 Zimbabwe Defence Forces chief Constantine Chiwenga today warned the Zimbabwe African National Union-Patriotic Front to stop its current purge of people with liberation credentials saying it will not hesitate to step in to restore order.

He called for an immediate stop to reckless utterances by politicians from the ruling party denigrating the military which are causing alarm and despondency within the rank and file saying the army cannot stand by and watch the country being taken over by counter-revolutionaries.

Although he pledged loyalty to President Robert Mugabe as the commander-in-chief of the defence forces, this remark seemed to be targeted at Mugabe’s wife, Grace, who has on several occasions denigrated the defence forces.

Chiwenga said the current purge within ZANU-PF which is clearly targeting members of the party with a liberation background , especially those said to be aligned to expelled vice-president Emmerson Mnangagwa who is also a war veteran, must stop.

The defence forces boss said known counter revolutionary elements who have fermented the current instability in ZANU-PF must be exposed and fished out and members of the party must go to the extra-ordinary congress with equal opportunity to exercise their democratic rights.

It is not clear how this will impact on current arrangements within ZANU-PF as the G40 faction which is said to be loyal to the First Lady and Mugabe himself has taken over the party entirely and has directed that all those listed for suspension cannot participate in elections leading to the congress which literally means that only those belonging to G40 will attend the special congress.

“What is obtaining in the revolutionary party is a direct result of the machinations of counter-revolutionaries who have infiltrated the party and whose agenda is to destroy it from within,” Chiwenga said.