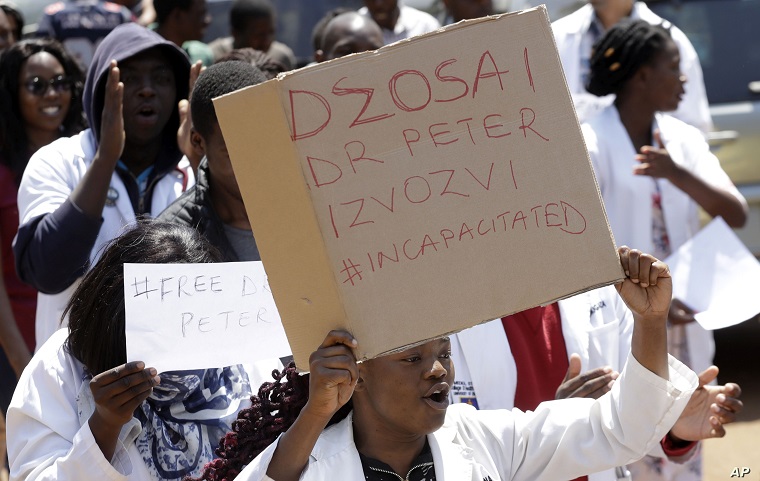 A High Court judge in Harare today said the leader of the Zimbabwe Hospital Doctors Association, Peter Magombeyi, must be released immediately by whoever is holding him or be brought to the High Court within 48 hours.

According to a statement issued by the Zimbabwe Lawyers for Human Rights which represented Magombeyi’ sister in court, Judge Edith Mushore said Home Affairs Minister Cain Mathema and State Security Minister Owen Ncube must determine Magombeyi’s whereabouts and set up a team of investigators to search for him at all places in Zimbabwe.

Magombeyi was allegedly abducted by three men on Saturday evening in Budiriro and has not been heard of since.

Judge Mushore ordered the team of investigators to furnish human rights lawyers Alec Muchadehama, Tinomuda Shoko and Paidamoyo Saurombe, who are representing the Magombeyi family, with a progress report of their probe.

Civil rights organisations and trade unions are accusing the State of abducting him but the government said it has no reason to abduct its own citizens.

Police also said the abductions might be the work of a third force which is trying to keep Zimbabwe on the human rights agenda ahead of the United Nations General Assembly meeting which begins tomorrow.

Doctors and nurses today protested against the abduction of Magombeyi and said they had withdrawn their services.

Government doctors went on strike on 3 September saying that their salaries were so low that they could no longer afford transport to work.