Zimbabwe Council of Churches calls on MDC-T leaders to unite... 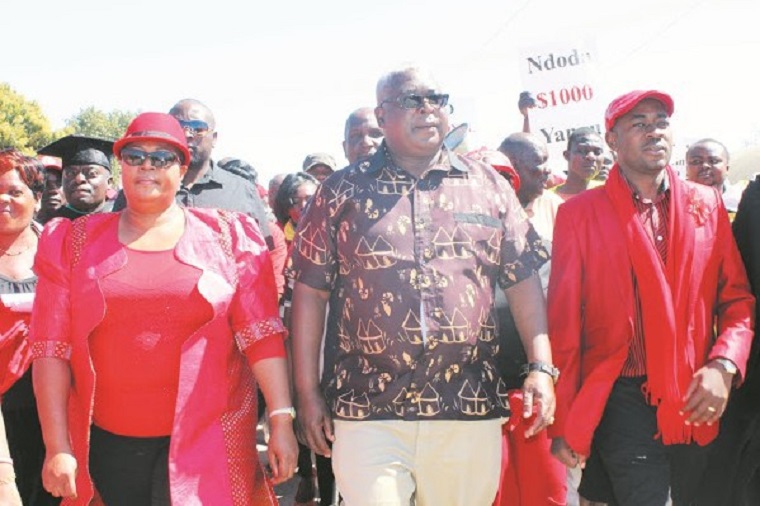 The Zimbabwe Council of Churches has called on the Movement for Democratic Change’s feuding deputies to unite for the good of the people.

Party leader, Morgan Tsvangirai’s deputies, Thokozani Khupe, Elias Mudzuri and Nelson Chamisa, are at each other’s throats over who should succeed Tsvangirai and currently each is claiming to be the acting president of the party.

Tsvangirai is said to be critically ill in South Africa but there are conflicting reports about his actual state with some reports saying he is stable and recovering.

The Zimbabwe Council of Churches said it does not usually want to get involved in politics but “consistent with our vision for unity, justice, peace and prosperity for all, we see it as our faithful Christian witness to call upon brothers and sisters within the feuding MDC-T opposition party to remember the needs of the people and their stated commitment to Zimbabwe's democratic order and unite”.

“We believe that the presence of a united ruling party in ZANU PF and united opposition parties like the MDC-T will enrich our democracy and bring vitality to our national politics thus empowering our people to believe again in value-based, forward-looking, problem-solving and progressive politics that works for the good of the people.”

It implored on Khupe, Mudzuri and Chamisa to reconcile with one another and made the following observations:

1. The last few weeks have seen an escalation of tensions within the MDC-T regarding the leadership succession. it is indeed not the role of the church to involve itself in the internal affairs of other institutions. However, recognising the MDC-T as a public and national entity whose rise and fall may have implications for the cohesion of our society, we call leaders within the MDC-T particularly our two brothers Elias Mudzuri and Nelson Chamisa, and sister, Thokozani Khupe, to be united and to forge unity in their party.

2. We urgently call upon you to be reconciled to one another since the existence of a united and viable opposition is a necessary condition for thriving of a society organised on the basis of a democratic multi-party system.

3. As we continue to promote a peaceful, just, democratic and inclusive environment that allows for prosperity for all citizens, especially on the eve of an important election, the internal health of key democratic institutions such as Opposition Parties is of great importance to the nation.