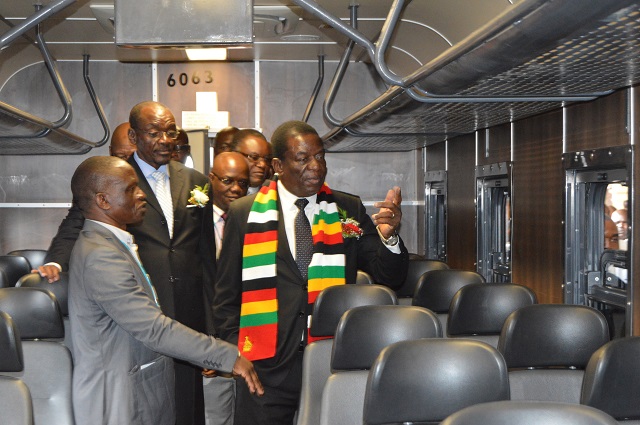 Zimbabwe is cancelling a deal struck with South African logistics group Transnet to recapitalise  the National Railways of Zimbabwe (NRZ), a government official said today, blaming the consortium for not providing a viable funding plan.

Transnet said it had not been informed that Zimbabwe’s deal with the South African company and its joint venture partner had been canceled.

A joint venture between Transnet and Diaspora Infrastructure Development Group (DIDG), a consortium of Zimbabwean investors living abroad, won the bid to recapitalize the financially struggling NRZ with US$400 million in August 2017.

Nick Mangwana, permanent secretary at Zimbabwe’s information ministry, in a statement announcing the cancellation said the government would hold a new tender for the recapitalisation and that Transnet and DIDG could participate.

The consortium had missed several deadlines to provide proof of funding, he said.

Mangwana also said differences had emerged between the consortium partners, which led to DIDG presenting a funding structure that excluded Transnet.

“(The) government indulged the consortium by working with them outside the framework agreement. Regardless, they failed to present a common position,” Mangwana said in his statement.

“The exclusion of Transnet had a legal impact on the tender which had been awarded to them as a consortium. In light of the foregoing, (the) government took a position to issue a new tender.”

DIDG chairperson Donovan Chimhanda said that the group had not been informed of the government’s decision.

Transnet also said it had not received any correspondence from the Zimbabwean government on the cancellation of the tender.

“Transnet believes that the project to revive the National Railways of Zimbabwe is technically viable despite the difficult economic environment in that country,” the company said in a statement.

“Transnet was unable to finalise the transaction through its governance processes as it could not conclude partner due diligence.”

NRZ was one of the biggest employers in Zimbabwe, but its fortunes waned after an economic crisis between 2000-2008 that nearly halved the southern Africa country’s economy.- Business Day