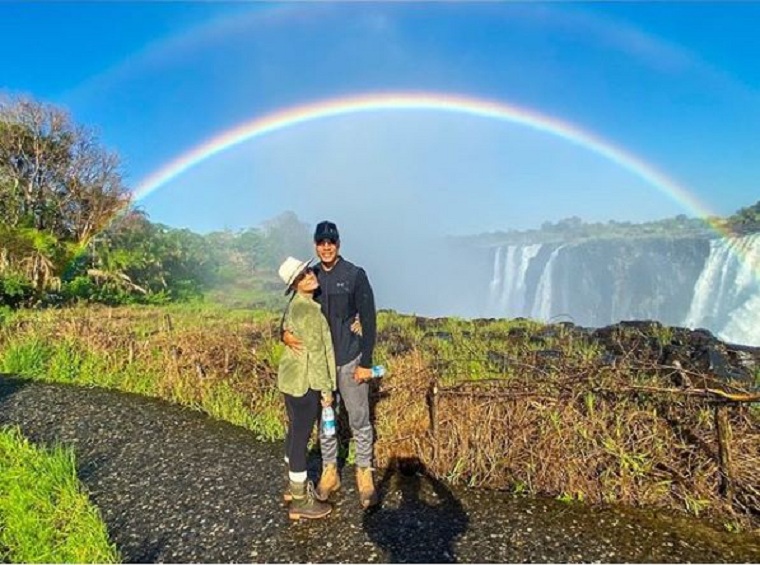 Zimbabwe’s Victoria Falls continues to charm international celebrities with the latest celebrity couple, Trai and Grace Byers, of the United States, visiting one of the Seven Wonders of the World over the festive period.

Grace Byers said on her twitter handle: “Zimbabwe – we’ve never seen anything like this rainbow. Or these falls.  Look at God. Thank you for bringing us joy.”

The couple are both actors and co-star in the television series, Empire.

Grace was so charmed that he promised to come back soon.

“It’s true, Africa. You were life-changing. In awe of your beauty, magic + splendor. Will be back soon-soon,” she tweeted.

US talk-show host Steve Harvey visited the Falls in August with his wife and posted both pictures and a video about the trip but was forced to remove them from twitter following a backlash.