Zimbabwe banks start disbursing cash but people say it is... 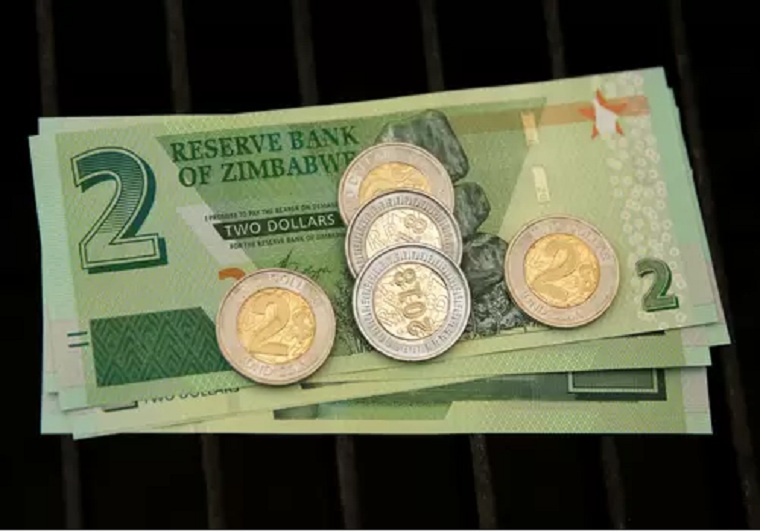 The new 2 and 5 Zimbabwe dollar notes and coins were scheduled to start circulating yesterday but failed to appear on time, causing confusion at banks.

Shortages of cash, foreign currency, fuel and power are the most visible signs of the southern African nation’s worst economic crisis since 2008, when hyperinflation forced the government to ditch its currency.

Hundreds of people, mostly pensioners, queued for cash outside one bank in central Harare today and were issued 150 Zimbabwe dollars ($10) of the new 2-dollar bills and coins.

They were told to return on Thursday if they wanted more.

“I managed to withdraw 150 dollars but it is not enough to buy anything. The banks should do something about the limit, maybe increase it to 1 000,” John Kamuzunga, a 72-year-old pensioner said after collecting his cash.

The central bank has maintained per-customer withdrawal limits at 300 Zimbabwe dollars a week, half the amount a farmer needs to buy a bag of fertiliser amid soaring inflation that economists estimate at 380%.

Central bank governor John Mangudya did not respond to calls for comment today.

But he was quoted in the government-owned The Herald newspaper saying the Reserve Bank of Zimbabwe had disbursed 30 million Zimbabwe dollars in new notes to banks.

The new banknotes, which will circulate alongside bond notes that were introduced in 2016 as a surrogate for US dollars, are another step by the central bank toward fully restoring the Zimbabwe dollar that it jettisoned more than a decade ago.

Black market traders, taking advantage of cash shortages, have been selling banknotes at premiums of up to 40%, a practice the central bank wants to end by printing more bills.

Tony Hawkins, a professor of business studies at the University of Zimbabwe, said yestrday the new notes would not solve the country’s economic problems.

“What it means is that we will probably have more cash around to feed the black market for currency,” he said.

Cash is the preferred method of transacting business in an economy where unemployment is above 80% and the majority of citizens earn a living from trading in the informal sector.

After the trauma of hyperinflation, when many were left impoverished after losing savings and pensions, Zimbabweans tend to prefer to keep cash at home because they have little faith in the country’s financial system.- IOL