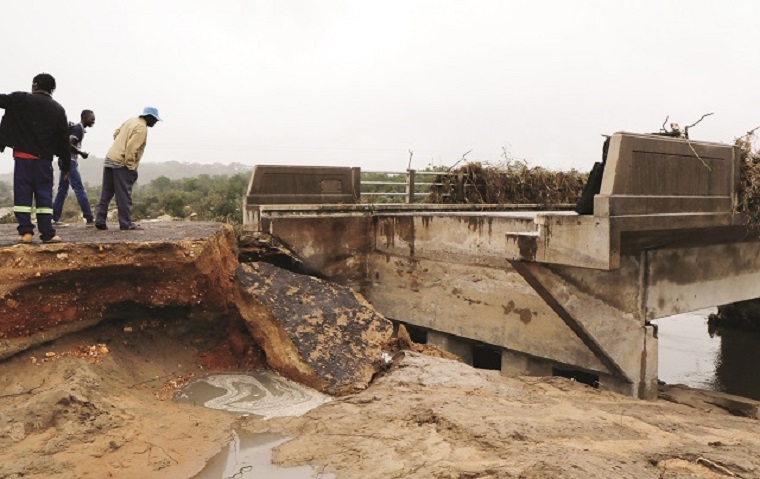 Zimbabwe today launched an international appeal for $200 million in aid to repair the country’s infrastructure which was damaged by floods.

Earlier this month, the government declared the floods a national disaster.

According to official data, the heavy rains have killed almost 250 people, left about 2 000 people homeless, and displaced around 900 people.

About 72 dams are also reported to have burst because of the floods.

In a meeting with foreign diplomats accredited to Zimbabwe this morning, Finance Minister Patrick Chinamasa said preliminary estimates indicate that the country would need between $188 million to  $200 million.

“We are going to mobilize $35 million ourselves as government towards that effort. We’ve tried to take care of the immediate humanitarian needs such as food, blankets and sanitation,” said Chinamasa.

“Our damage is worse than experienced in other (SADC) member countries. The damage is extensive, it affects social institutions, clinics, hospitals, schools it affects the entire road network.”

United Nations (UN) Resident representative Bishow Parajuli, who attended the meeting, said it was critical  to ensure that the spread of infectious diseases was contained.

“What is critical at this stage is to prevent infectious diseases such as diarrhoea which has started resulting in typhoid in some areas cholera.”

Zimbabwe is running on a $4 billion budget for 2017, but is expected to overspend by at least $1 billion following the decision to pay civil servants — who already account for about 90 percent of total expenditure — cash bonuses for 2016.-The Source