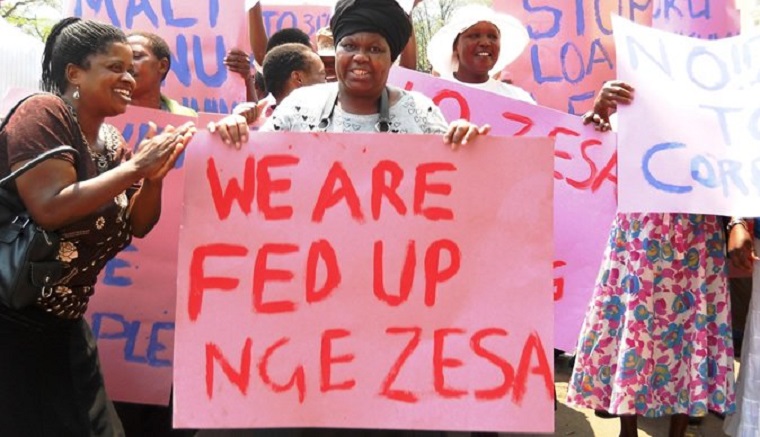 Zimbabwe’s power utility ZESA Holdings says it is technically insolvent and does not have the financial capacity to effect a 50 percent salary increment or pay over $100 million in arrears which is being demanded by its workers.

The National Energy Workers Union of Zimbabwe (NEWUZ) has been threatening to go on strike if the parastatal does not meet their demand, and also the payment of $100 million in outstanding salaries.

“The dispute arose from a Collective Bargaining Agreement that was reached in 2012 which the Utility was unable to effect as a result of financial incapacity,” ZESA said in a statement yesterday.

“The utility posted a significant loss of $132.2 million for the year 2012. It was and remains technically insolvent as evidenced by a net liability position of $479 million as at December 2012.”

ZESA said this position on financial performance has been communicated to employees.

In 2016, its transmission subsidiary, the Zimbabwe Electricity Transmission and Distribution Company (ZETDC) was owed over $1 billion by both commercial and domestic users.

Also, ZESA owes its local and international suppliers close to $1 billion. –The Source