ZANUPF says it will not succumb to any threats from... 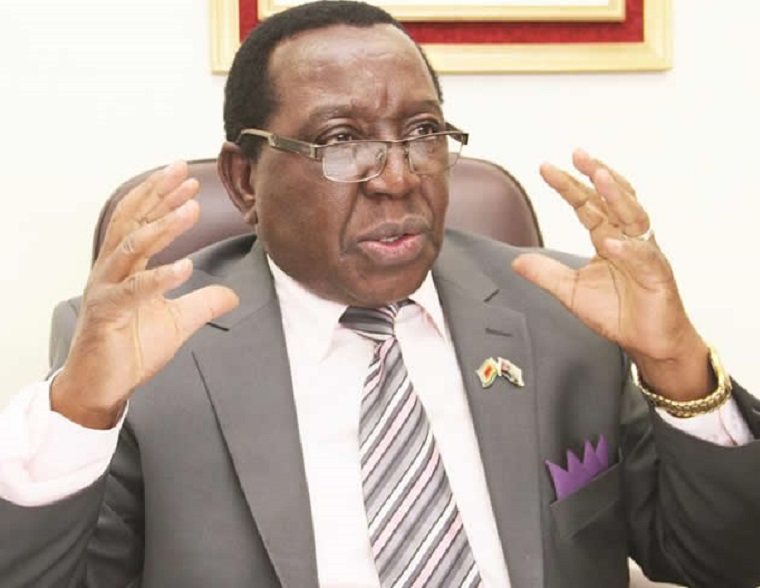 The ruling Zimbabwe African National Union-Patriotic Front yesterday said it will never succumb to any threats, especially those from Zimbabwe Defence Forces chief Constantino Chiwenga, which it said did not represent the Command element but were based on deference to factional politics and personal ambitions.

In a statement which was ignored by the State-controlled media, Chiwenga warned on Monday that the military would not stand by and watch while the country was being taken over by counter-revolutionaries.

Party spokesman Simon Khaya reaffirmed the primacy of politics over the gun and said Chiwenga’s action was treasonable as it was meant to incite insurrection and violent challenge to the Constitutional order.

“This is what happens when the gun seeks to overreach by dictating to politics and norms of Constitutionality,” Moyo said.

“As the party running the democratically elected government of Zimbabwe, ZANU-PF will never succumb to any threats, least of all, those deriving from conduct that is inconsistent with the tenets of democracy and Constitutionalism,” he went on.

He said Chiwenga’s conduct “stands unreservedly condemned not only in the party, but also in our Southern African Region and the entire African Continent where the subversion of Constitutional Authority is frowned upon and regarded as an absolute anathema”.

In response to the statement, the character tweeting as ED Mnangagwa said: “this G40 statement doesn't resonate with the reality on the ground at this very hour neither does it represent the position of ZANU PF members.

“The country is now in a transitional phase where the Army is paving way for a free & fair election to put in place a new democratic gvt.”

Reports said that the army was rolling tanks towards the capital.

He went on: “contrary to insinuations in this G40 statement, the Army is already engaging most of our global allies e.g China during the recent trip by the Gen as well as regional organs SADC & AU to give assurances that the transitional phase to a free&fair election will be speedy &bloodless.”