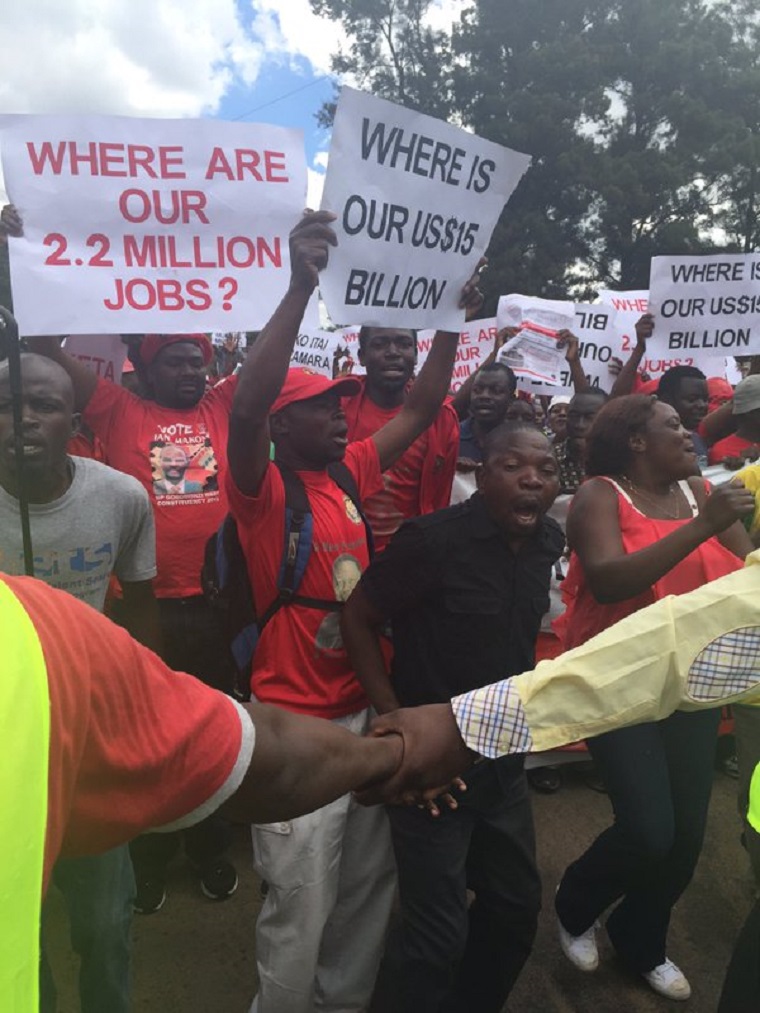 Like Psychology Maziwisa trying to fill potholes with mud in peak rainy season in Highfield, glorifying the informal market is a poor attempt at covering up failure.

Over the past week, debate has raged over Maziwisa’s claim that his ZANU-PF party had never promised 2.2 million formal jobs.

The party meant any jobs whatsoever, such as washing his car.

This week, a state media columnist came out in support, saying all these informal jobs are “what runs an economy like ours”.

A year ahead of polls, there will be many such attempts to cover up the gaping holes in ZANU-PF’s 2013 manifesto, especially on jobs.

One such defence, which Maziwisa used, is one that ZANU-PF has fed Zimbabweans for close to two decades now; that it is OK to lose your formal job and go trade on the street.

To sell the lie, they dressed it up in a fancy name; “entrepreneurship”.

It is one of the biggest cons of our time.

“You have to be entrepreneurial,” President Robert Mugabe told the unemployed at a rally recently.

“I encourage you to keep chickens, grow mushroom and keep quails instead of folding your arms and saying there are no jobs.”

In truth, nobody wants to be an “entrepreneur” in the sense sold by government.

It is out of survival, not out of some entrepreneurial spirit, that graduates sell sneakers and jeans out of Honda Fits outside Harare Post Office.

This call to “entrepreneurship” has always been a political message meant to mask the failure of the formal economy.

Speak to your handyman, your tailor or your mechanic, and they will most likely have a similar story to tell.

Your mechanic was probably once employed at a thriving dealership.