ZANU-PF special congress could open a can of worms-Even Mugabe... 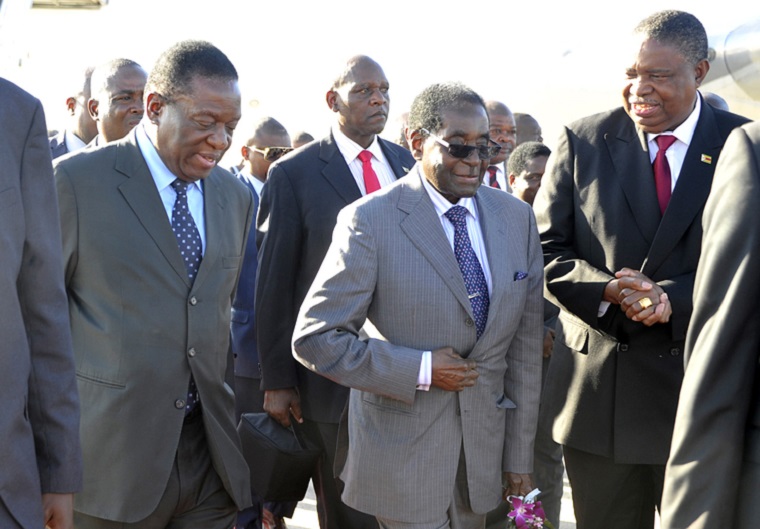 The proposed Zimbabwe African National Union-Patriotic Front special congress that is being called for this year could open a can of worms as only two provincial executives are properly constituted and President Robert Mugabe’s leadership could be challenged as null and void.

Apparently Masvingo and the Midlands, the only two provinces that have been disparaged by First Lady Grace Mugabe, one of the potential beneficiaries of the special congress, are the only ones that have properly elected provincial executives. The other eight are not.

Research and Advocacy Unit, in an analysis of the 2014 ZANU-PF congress and its resolutions argued that the powers that Mugabe was given at the congress and his own party presidency can be challenged because the party constitution was not fully adhered to.

The analysis was written only two months after the congress way before the current infighting over succession in ZANU-PF had erupted.

Here is what RAU argued:

“The State Constitution provides that if President Mugabe dies or retires while in office, a nominee of ZANU PF will serve out his remaining term.

‘The nominee so appointed as State President is likely to be whoever ZANU-PF chooses to take over as President and First Secretary of the Party.

“Thus the manner in which the ZANU-PF Party President is chosen, is a matter of national, and not merely party, interest.

“At ZANU PF’s 6th National People’s Congress amendments were purportedly made to the Party Constitution which changed the way in which all members of the Party Presidium, including the President, are to be appointed.

“The Presidium comprises the President, two Vice-Presidents and National Chairman.

“However, quite evidently, these amendments were not validly made.

“The Central Committee may not initiate amendments to the Party Constitution as it claimed to do.

“Proposed amendments may only be initiated by an organ of the party or an individual member, if the member can garner the support of 50 other members.

“In each case the proposed amendments must be sent to a Provincial Executive Council.

“A Provincial Executive Council may itself propose an amendment.