ZANU-PF says it does not have to respond to Mnangagwa’s... 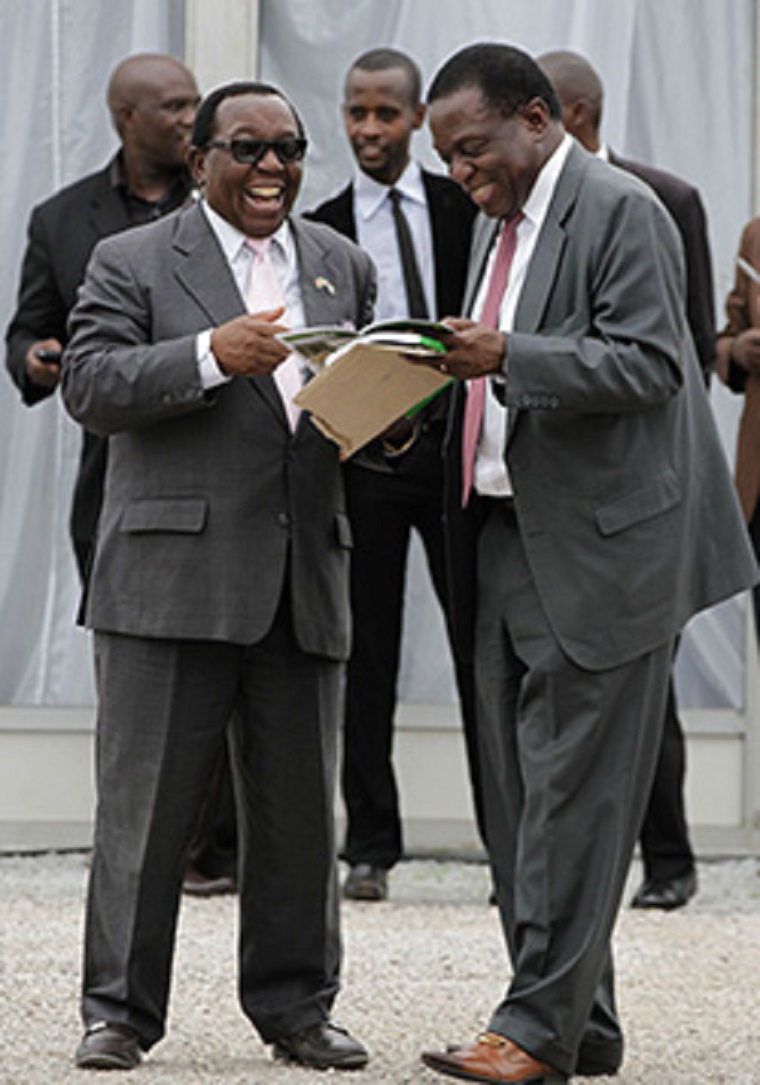 Zimbabwe African National Union-Patriotic Front spokesman Simon Khaya Moyo, who is also the Minister of Information, says the ruling party does not have to respond to a statement by former Vice-President Emmerson Mnangagwa that he is coming back in a few weeks to restore order in both ZANU-PF and the government.

“ZANU-PF is not a press club and is thus not compelled to respond to press statements,” he was quoted by the State-controlled Herald as saying.

Mnangagwa was fired as Vice-President on Monday and expelled from the party two days later.

He was accused of consistently and persistently exhibiting traits of disloyalty, disrespect, deceitfulness and unreliability.

He left the country in a huff saying his life was under threat from those who wanted to eliminate him.

In a five-page statement issued after he said he was “safe”, Mnangagwa said he was going to come back to restore order in ZANU-PF and the government. He was going nowhere.

“I implore all genuine members of ZANU PF to reject this ‘Party Capture’ by a few individuals as I hereby do unequivocally. This is not the ZANU–PF we established with the late Dr. J. M Nkomo and other luminaries who have passed on.

“This is now a party controlled by undisciplined, egotistical and self-serving minnows who derive their power not from the people and party but from only two individuals in the form of the First Family who have now privatized and commercialized our beloved institution.”

He went on: “I will go nowhere. I will fight tooth and nail against those making a mockery against ZANU-PF founding principles, ethos and values. You and your cohorts will instead leave ZANU-PF by the will of the people and this we will do in the coming few weeks as Zimbabweans in general now require new and progressive leadership that is not resident in the past and refuses to accept change.

“My conscience obliges me to uphold the code of conduct of my beloved party and I refuse to be drawn into a public circus.”

Higher Education Minister Jonathan Moyo, who says President Robert Mugabe is now grooming young leaders for the renewal of the party, said the statement attributed to Mnangagwa had a different signature from Mnangagwa’s usual one.

“So the so-called ED Press Statement issued today, which has a poor scan of his signature, was personally delivered to newsrooms as an advert by Larry Mavhima who chairs the NRZ Board & who fronts for ED at Hanawa Foods. This makes Mavhima an accessory to treason!” Moyo tweeted.