ZANU-PF only interested in making sure its elite continue to... 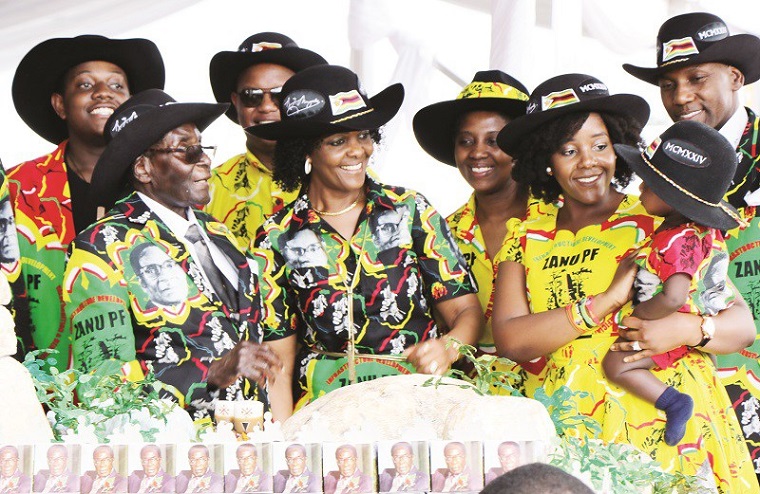 Zimbabwe’s financial system increasingly resembles a house of cards. Were one card to give way – for instance, if South Africa’s power utility, Eskom, were to have the temerity to suggest that Zimbabwe actually pay for the electricity that it’s supplying the country – the entire edifice would collapse.

To put it another way, the government is bust. It is again printing money to cover its spiralling costs, and inflation is rising. And given that there’s an election looming in 2018, Zimbabwe’s ruling party, ZANU-PF doesn’t want to cut-back. Far from it, it wants to carry on spending, as fast as it can.

The rot goes back to the early 2000’s. ZANU-PF profligacy had been fuelled by a continuous cycle of simply printing more money, and resultant runaway inflation. Mega-inflation meant that ordinary people lost their pensions and whatever savings they had, as the Zimbabwe dollar lost its value and people resorted to barter or the use of other currencies.

Ultimately, the government faced no choice but to accept reality. In 2008 it scrapped the Zimbabwe dollar in favour of a basket of other currencies, although within a short time, this meant in effect the reign of the US dollar.

“Dollarisation” allowed for the pursuit of more rational policies by the coalition Government of National Unity which followed the disputed 2008 election. However, its control of the electoral machinery ensured that ZANU-PF won a resounding victory in the 2013 election. Within a short space of time it returned to its familiar policy mix of profligacy, corruption and populist economics.

Yet ZANU-PF faced major problems. Above all, “dollarisation” meant that the cost of Zimbabwe’s exports on international markets was high. Worse, the dramatic collapse in agricultural production since the early 2000s (following the appropriation of white farms) alongside the decimation of the country’s manufacturing industries meant that there was relatively little to export anyway. Tobacco production has recovered a little, but the quality is less than it used to be, so returns are relatively less.

Meanwhile government insistence that mines should be 51% Zimbabwean owned has done nothing to entice inward investment or boost exports.

In short, the capacity of the economy to earn US dollars by selling goods externally has fallen dramatically, and the supply of money circulating within the country has dried up. Unemployment stands at around 90%.

President Robert Mugabe’s latest response has been to replace finance minister Patrick Chinamasa, who had been warning of the structure’s fragility in ever more urgent tones. The new finance minister is Ignatius Chombo, a party loyalist, who will brook no talk of any need for structural reform.