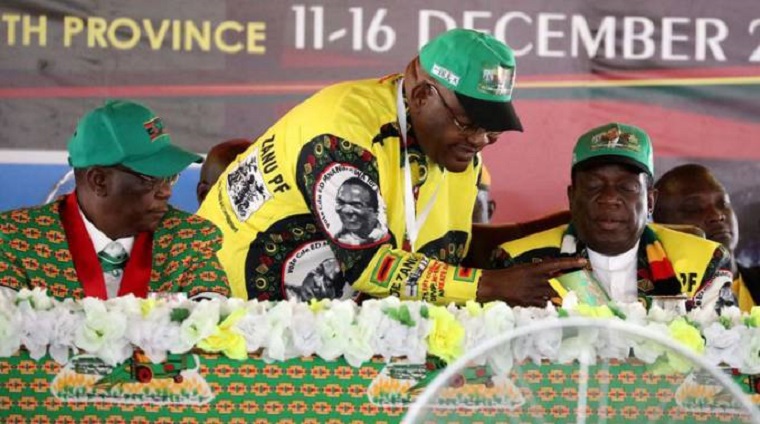 President Emmerson Mnangagwa yesterday said his ruling Zimbabwe African National Union-Patriotic Front is on the move and is unstoppable.

In his closing remarks at the party’s annual conference in Esigodini just outside Bulawayo Mnangagwa said: “Here is the message from Esigodini. Those who have ears listen, those with eyes see: ZANU-PF is boldly on the move.

“We have an appointment with our destiny and we will not miss our destiny. ZANU-PF will not be distracted or destroyed, it will prosper.”

Zimbabwe is currently facing cash and fuel shortages and rocketing prices but Mnangagwa said: “Prosperity for our beloved country and a better quality of life of our people is inevitable and it is us who must achieve it.

(Our party is now moving forward like an elephant. It will continue to move on and progress and progress. No one can stop it. We know where were going. We will forge ahead and move on while some a barking.)

Zimbabwe’s main opposition Movement for Democratic Change has refused to recognise Mnangagwa as President arguing that he was beaten by their leader Nelson Chamisa despite losing the case at the country’s highest court.

While there have been calls for dialogue, which most argue is the answer to the country’s current woes, it appears the two main parties are headed for a head-on collision with ZANU-PF now taking the opposition head-on.

Justice Minister Ziyambi Ziyambi said ministers will no longer answer questions from opposition Members of Parliament until they recognise the person that appointed them. The move seems to have been widely backed by party members.

The plan to raise the minimum age for those wishing to contest for president seems to be gaining traction and may be raised by 10 years which will bar Chamisa from contesting Mnangagwa who has been endorsed to stand in 2023 for his second and final term.

These measures, observers say, are meant to show the MDC that ZANU-PF can also play rough, but more importantly that it will win because of its two-thirds majority in Parliament.