ZANU-PF and MDC-T unite to force Chinamasa to reconsider appointment... 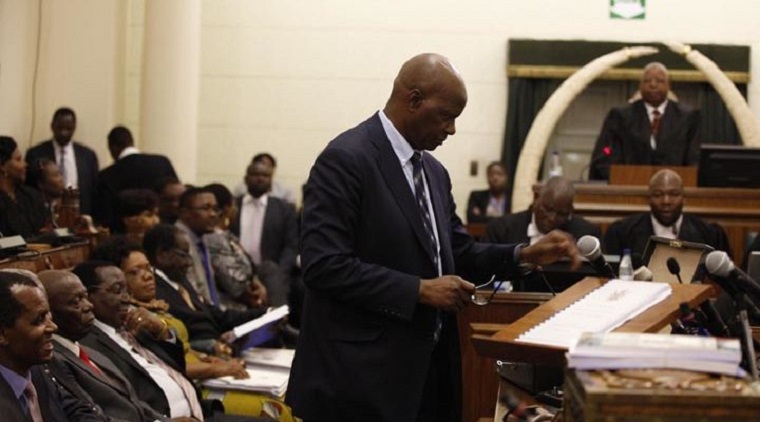 There was a rare moment of unity in Parliament yesterday when both members of the ruling Zimbabwe African National Union-Patriotic Front and the opposition Movement for Democratic Change opposed the appointment of Michael Ndudzo as Zimbabwe’s next auditor-general.

MDC vice-president Nelson Chamisa aptly summed it all: “I just want to say that the kind of approach that we have seen in this Parliament where we debate issues without being partisan is a very good approach.

“This is a positive Hon. Speaker Sir.  If we may continue to do this on any other issue, that would be the Parliament that Zimbabwe misses and deserves.”

Here is what transpired in full:

RATIFICATION OF THE APPOINTMENT OF MR. MICHAEL NDUDZO AS AUDITOR-GENERAL

THE HON. MINISTER OF FINANCE AND ECONOMIC DEVELOPMENT (HON. CHINAMASA):  Mr. Speaker Sir, I rise to move the motion standing in my name.  I think that I owe it to the House to give a bit of background to the reason why I am before this august House seeking this approval….

HON. GONESE:  On a point of order Mr. Speaker.  I beg the Speaker’s indulgence and I will explain why I am raising a point of order on the process.  Before the Minister goes ahead, in terms of Standing Order No. 68 (d), as read with the Constitution; I am going to refer to the provisions of the Constitution, on reflection when you look at the provisions of Section 309, that is the one which refers to the appointment of the Auditor General; I will start from 309 and I will explain why.  Section 309 outlines the functions of the Auditor General….

THE HON. SPEAKER:  Hon. Members on the left, your colleague is speaking and you do not give him due respect!