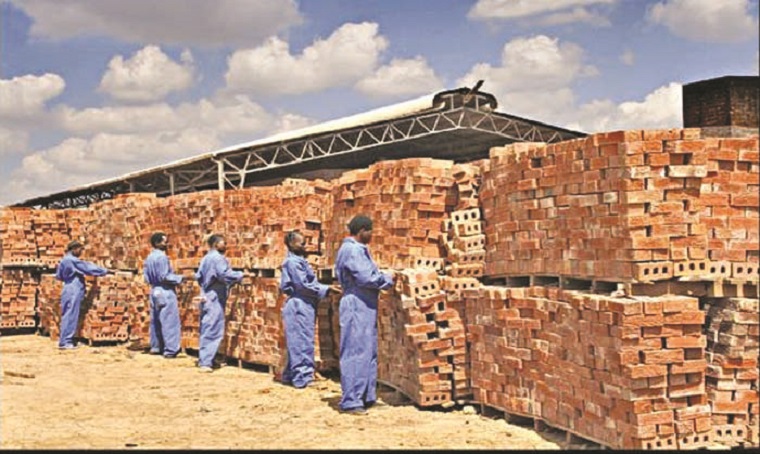 Brick maker Willdale Limited’s net loss widened to $380 564 in the six months to March from $146 575 loss recorded in the comparable period last year owing to damaged brick furnaces following the incessant rains experienced in the period.

“Although demand for bricks remained firm in the period under review, saleable stock availability was affected by incessant rains which destroyed some kilns resulting in stock write offs which impacted negatively on profitability,” company chairman, Alex Jongwe said in a statement today.

The company said strategies have been put in place to mitigate this risk in the event of rain damage in future.

Revenue increased by 14 percent to $4 million from $3.6 million recorded in the same period last year, driven by a 20 percent surge in volumes, offsetting a five percent decline in the average selling price.

Operating profit narrowed to $3 771 from $218 383 realised in the comparable period last year on increased depreciation charge.

The depreciation charge on plant, property and equipment increased to $426 339 compared to $339 340 recorded in the previous year.

Cashflow from operations increased from $219 578 recorded in the same period last year to $382 527, but the company closed the year with a negative balance on cash and cash equivalents of $973 753, following a bank overdraft of $1.1 million.

Net financing costs, which include costs of preference shares,  increased to $437 670 from $339 340 recorded in the comparable period  in the prior year.

On June 10, 2014  Willdale raised a total of $3.26 million through the issue of redeemable cumulative preference shares at a subscription price of $1 per share.

The company is optimistic that various institutional projects that are planned this year will enhance its profitability, with the efforts by financial institutions to increase mortgage financing expected to spur demand for bricks.-The Source