Will Mnangagwa deliver on promise to tackle corruption? 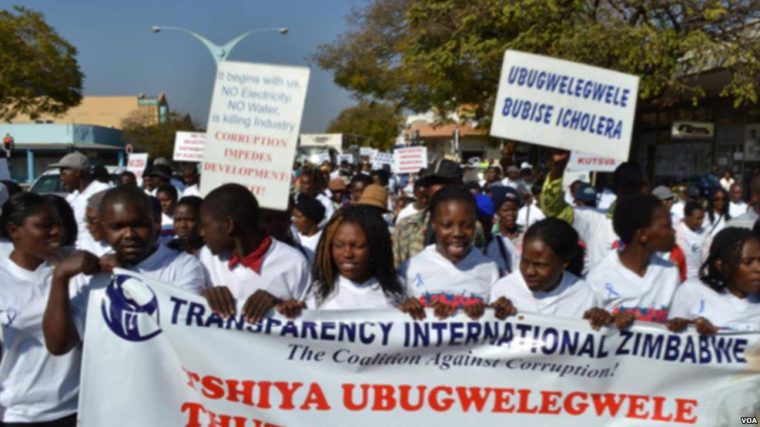 On November 24, Emmerson Mnangagwa arrived in Harare's main sports stadium to the cheers of tens of thousands of enthusiastic supporters.

Moments after being sworn in as Zimbabwe's new president, the 75-year-old was quick to lay out his top priorities and vision for the future.

"As we focus on recovering the economy, we must shed misbehaviours and acts of indiscipline which have characterised the past," Mnangagwa said in his inauguration address. "Acts of corruption must stop forthwith."

As Mnangagwa marks one month in office today, his pledge to restore the economy and crack down on government corruption offers hope to many Zimbabweans grappling with cash shortages and sky-high unemployment.

This week, in his maiden state of the nation address, Mnangagwa promised to unveil a new range of reforms aimed at boosting growth and reviving the country's key manufacturing and agricultural sectors.

Vowing to tackle corruption, he said there will be no impunity under his watch, while also warning against vengeful retribution.

"There should be no sacred cows," said Mnangagwa, an ex-vice president and for years a close ally to long-time President Robert Mugabe.

Parts of Zimbabwe are desperately poor after years of economic mismanagement and rampant corruption under Mugabe's 37-year rule. Last year, the country ranked 154th out of 176 countries on Transparency International's 2016 Corruption Perception Index.

A number of investigations by international rights groups in recent years has uncovered wide-scale graft in the mining industry involving top government and military officials.

A Global Witness report released earlier this year accused security and intelligence elites of being involved in the looting of the eastern Chiadzwa diamond fields under Mugabe's rule. Last year, the former president stunned Zimbabweans when he publicly admitted that an estimated $15bn is unaccounted for in gem sales.