Why Zimbabweans celebrated a military takeover 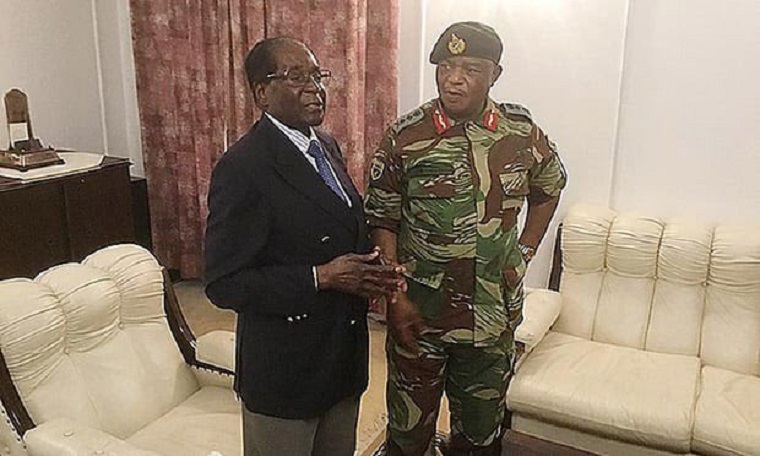 World over, the idea of the military usurping power from a democratically elected government has been frowned upon.

But in Zimbabwe, where one man has ruled the country for 37 years, the world might have just witnessed a rare popular military intervention in politics.

Following months of rising tension in the ruling ZANU-PF party where two opposing factions were fighting to place themselves in line to succeed President Robert Mugabe, things got out of hand when former Vice President Emmerson Mnangagwa skipped the country after being fired from government on Monday last week.

I will be back to lead you, he promised Zimbabweans in a statement placed in the private press.

One week to the day, the Commander of the Zimbabwe Defence Forces (ZDF) General Constantine Chiwenga warned that the army would not hesitate to step in to control the situation which he said had the potential to degenerate into a full blown crisis.

By yesterday, the army had taken control of the country, with no hint of dissent in sight.

A public rebuke by the ZANU-PF youth leader, Kudzanai Chipanga was all anyone could muster. He apologised yesterday for his ‘ill-advised’ remarks.

Army spokesperson Major General Sibusiso Moyo appeared on national television at 4am to announce that the army was “only targeting criminals around Mugabe who are committing crimes that are causing social and economic suffering in the country in order to bring them to justice”.

“As soon as we have accomplished our mission, we expect that the situation will return to normalcy…We encourage those who are employed and those with essential business in the city to continue their normal activities as usual,” Moyo said.

By 6am, images of tanks and soldiers posted at key government buildings and the airport were already making the rounds on social media and international news networks.

Normally, the sight of military men armed to the teeth should send civilians into panic mode, but this was not the case in Harare. Human and vehicular traffic flowed as normal.